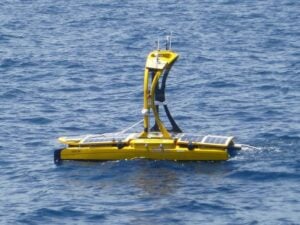 ASV, a manufacturer of unmanned marine systems, has announced that the company has finished conducting 10 days of Passive Acoustic Monitoring (PAM) data collection for its BP/Gulf of Mexico Research Initiative (GoMRI) funded project. The work was undertaken in collaboration with the Littoral Acoustic Demonstration Center Gulf Ecological Monitoring and Modeling (LADC-GEMM) consortium.

ASV worked closely with Seiche Measurements Limited, a manufacturer of underwater acoustic measurement systems, to integrate its PAM technology on both the C-Worker 6 and C-Enduro Autonomous Surface Vehicles (ASVs). The ASV crew operated from the R/V Pelican coastal research vessel to collect extensive data, which will undergo analysis in the coming months.

The two ASV’s were able to identify approximately 30 marine mammals whilst operating in challenging sea conditions up to sea state 5.

Passive Acoustic Monitoring is increasingly used by the scientific community to study, survey, and census marine mammals, especially cetaceans. The three-year BP/GoMRI sponsored project intends to investigate how the 2010 Deep Water Horizon oil spill has affected marine mammal populations in nearby spill areas, as well as to improve methods for monitoring everyday operations in the Gulf of Mexico.