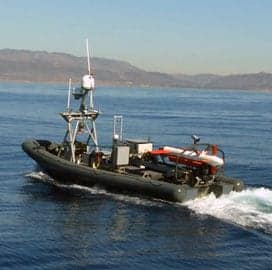 Applied Research Associates Inc. (ARA), an international research and engineering company, has announced that it has been awarded a $130.8 million, three-year contract to provide unmanned maritime systems support for the Space and Naval Warfare Systems Center, Pacific’s (SSC PAC) Maritime Systems Division. ARA was one of seven companies selected for the multiple-award Indefinite Delivery Indefinite Quantity (IDIQ) contract. ARA’s total value could reach to $221.6 million if all contract options are exercised.

“This is a great win for both the ARA team and the Space and Naval Warfare Systems Center,” said Bryan Milligan, ARA Southwest Division Manager. “ARA has a long history of support to the Navy. We are proud to be able to continue support of their mission.”

The SSC PAC Maritime Systems Division’s unmanned maritime systems program supports the emergent Office of the Secretary of Defense force protection requirement against mines, improvised explosive devices, and other underwater threats, according to the solicitation posted by the Department of the Navy. The scope of the program covers a full range of operations and deployments for current and future systems in the mission areas of anti-submarine warfare; intelligence, surveillance, and reconnaissance; and force protection.

“SSC Pacific is an important client to ARA, and the San Diego Office (SDO) is thrilled about this win,” said Terri Koepenick, Director of Operations, SDO. “Our entire team is excited to be an integral partner in the future of SSC PAC’s unmanned systems work.”