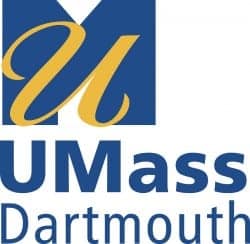 The University of Massachusetts Dartmouth has announced that Professor of Computer Science and Associate Dean of the College of Engineering, Dr. Ramprasad Balasubramanian, has earned a $225,000 grant from the Office of Naval Research to address communication challenges of unmanned underwater vehicles (UUVs).

“For a team of vehicles to operate autonomously in a coordinated manner, robust communication is needed through a consistent exchange of messages,” said Dr. Balasubramanian. “The underwater environment presents many challenges for communication. When communication is unreliable or severely restricted we need to find other mechanisms by which a team can operate effectively.”

“The missions of these UUV teams are in many cases goal oriented. However, a particular goal of the team or even a single vehicle may change, requiring dynamic re-tasking in order to maintain the original mission, while accomplishing newly discovered tasks.”

Dynamic re-tasking will lead to vehicles abandoning their previous roles and assuming new ones. This may require vehicle or team of vehicles to break away from the pack. This is based on situational awareness in which a vehicle merges its own sensor data with the overall team knowledge.

“Situational awareness enables a vehicle to process and understand conclusions that it would not normally be able come to on its own,” said Dr. Balasubramanian. “This will allow UUVs to make changes to their current task in a more intelligent manner. But if the role reassignment is done in an ad hoc fashion the original mission could be severely compromised. ”

When one or more vehicles make changes to their task, task consensus needs to be reestablished. Task consensus is achieved when every vehicle in the team is aware of its own task as well as all other tasks of its team members.

This work is being performed in collaboration with researchers from the Naval Undersea Warfare Center (NUWC) at Newport, Rhode Island.