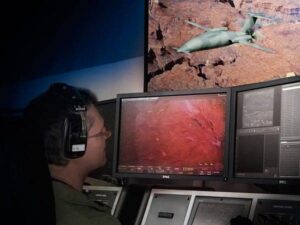 Finmeccanica–Selex ES has announced its successful contribution to the maiden flight of the prototype of the Piaggio Aerospace P.1HH HammerHead unmanned aircraft system (UAS), after an extensive flight campaign carried out with the P.1HH demo technology demonstrator, at the Italian Air Force base of Trapani Birgi.

Finmeccanica – Selex ES’s contribution to the P1.HH programme benefits from the company’s experience in developing and manufacturing UAS surveillance systems and sensors. In addition to providing the avionics mission system, the company also provides the aircraft’s sensor suite, communications and customised data-link solutions.

The first flight of the P.1HH prototype marks the beginning of the next phase of the development of the P.1HH HammerHead UAS programme in preparation for operational readiness of the first Series Production UAS soon. Finmeccanica – Selex ES is Piaggio Aerospace’s partner of choice for the next steps of the P.1HH HammerHead programme and will be cooperating with Piaggio in the further production and development of capabilities to face different operational missions types.