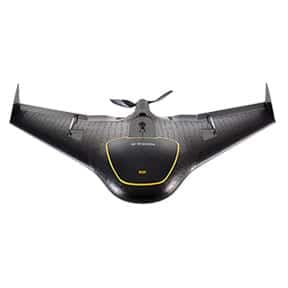 Trimble has announced that the Federal Aviation Administration (FAA) has granted an exemption that will allow the company to conduct commercial operation of its Trimble® UX5 Aerial Imaging Solution in the U.S. The exemption was granted pursuant to Section 333 of the FAA Modernization and Reform Act of 2012, which authorizes the FAA to grant exemptions from FAA rules limiting commercial operation of Unmanned Aircraft Systems (UAS) pending the adoption of permanent rules. Section 333 exemptions are intended to “provide a pathway for civil operators who desire safe and legal entry” 1 into the U.S. National Airspace System (NAS).

The Trimble UX5 is an unmanned fixed-wing aircraft targeted at the surveying, agriculture, oil & gas, mining, construction, environmental industries. The system autonomously captures a series of high-resolution images during flight, which is typically up to 50 minutes covering as much as 2.3 square kilometers (approximately 1 square mile) when flying 120 meters (approximately 400 feet) above the ground. Using Trimble Business Center Aerial Photogrammetry software, images are used to easily generate 2D and 3D deliverables such as orthomosaic images, three-dimensional point clouds and contour maps. The Trimble UX5 enables the collection of large amounts of data, often faster than traditional surveying or mapping technologies.

“We are pleased to be among the first companies to receive an exemption from the FAA authorizing commercial operation of UAS,” said Erik Arvesen , vice president of Trimble’s Geospatial Division. “This decision reflects Trimble’s efforts to responsibly operate its UAS business in the U.S. while the FAA addresses air safety issues in opening the NAS for commercial UAS operations on a broader scale. Trimble will continue its efforts to support the FAA’s decision-making process and to provide opportunities for our customers to safely use the UX5 to capture accurate geospatial data for a wide range of applications such as surveying, oil & gas, mining, construction and many more.”

“In the agriculture market, the FAA exemption moves Trimble one step further with the opportunity to provide a solution for safe and legal UAS operations that can benefit growers, ranchers, water management contractors, agronomists and other ag service providers,” said Joe Denniston , vice president of Trimble’s Agriculture Division. “High-speed aerial imaging is a powerful tool that can quickly and easily capture aerial images for scouting and monitoring crop health, locating cattle and their available forage over large areas, measuring crop height, and generating topographic maps and models for land leveling and drainage applications. As a result, the system can be a powerful data collection tool that can aid with recommendations to improve farming operations.”