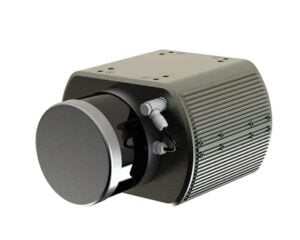 Phoenix Aerial Systems, a manufacturer of unmanned aerial LiDAR products, has announced two new revolutionary LiDAR products, the Scout and the Ranger. The Scout, which weighs less than 2.5kg and measures only 12cm x 22cm x 8cm, is a lightweight, accurate and low cost solution for companies looking to enter the mapping market.

At the core of the Scout is the Velodyne VLP-16 puck, which features 16 lasers aligned over a 30º Vertical Field of View, 100+ meter range and captures up to 300,000 measurements per second.

“The Ranger is by far the most accurate and longest range LiDAR mapping system we offer,” said Omans. “It’s ideal for mapping power lines, pipelines, railway tracks and anything else where accuracy is essential.”

The Scout and Ranger both include Phoenix Aerial System’s proprietary software suite which allows the operator to monitor the process and view a high-definition 3D point cloud in real time. In addition to LiDAR, the Scout and Ranger also include a photogrammetry option, giving our customers the ability to deliver LiDAR and imagery data simultaneously.