ASV’s C-Worker USV took to the water in Lake Conroe for its first International showcase following three highly successful demonstrations in the UK. Personnel from over 40 major oil and gas companies gathered in Houston TX to attend the two day demonstration of the revolutionary unmanned surface vehicle.

Since its official launch in February, C-Worker has sparked huge amounts of International interest. The vehicle’s unique capability to autonomously conduct subsea positioning, surveying and monitoring has opened up new possibilities and ways of carrying out oil and gas operations at sea. 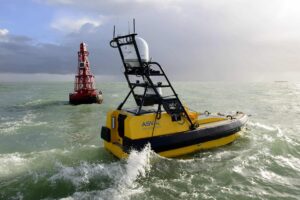 The vehicles will be operated and leased by ASV with options for bare-boat and full service solutions.