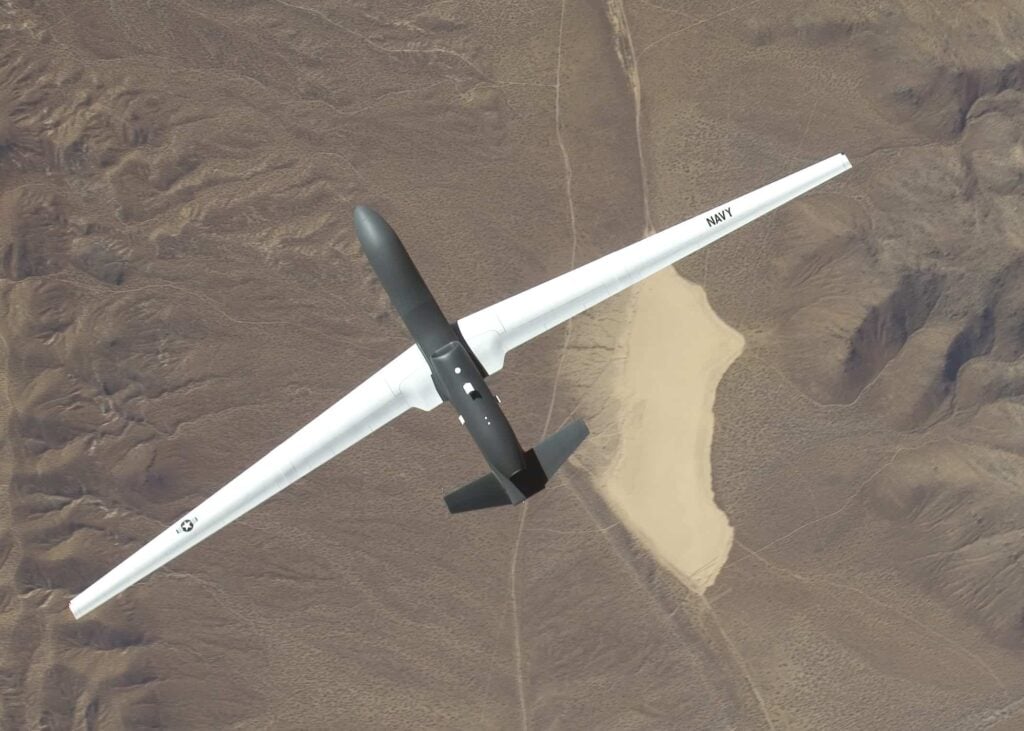 “BAMS-D has been extremely successful in providing a strategic picture to carrier and amphibious battle groups as they move through areas where we need more awareness,” said Capt. James Hoke, Triton program manager with Naval Air Systems Command. “The BAMS-D aircraft started a six-month deployment in 2009 to demonstrate a maritime surveillance capability. Since then, they have continued to be used and have truly found their role in helping secure the safety of the fleet.”

Based on the Global Hawk unmanned air system (UAS) designed for land surveillance, the BAMS-D systems were modified to work in a maritime environment. The aircraft regularly fly missions more than 24 hourslong at high altitudes.

The Navy is also using BAMS-D to understand how to best use the new surveillance capabilities for the MQ-4C Triton UAS. Currently under development, Triton uses an entirely new sensor suite optimized for a maritime environment.

“We’ve designed Triton to carry sensors that can monitor large ocean and coastal areas with a 360-degree field of view,” said Mike Mackey, Triton program director with Northrop Grumman. “Coupled with anti-ice/de-ice capabilities and some structural strength improvements, the system will operate in a variety of weather conditions while providing a greatly improved surveillance picture to fleet commanders.”
The Navy’s program of record calls for 68 Triton UAS to be built. Northrop Grumman is the prime contractor for the program and is using two test aircraft to develop Triton’s capabilities through 2016.