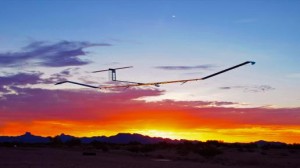 Astrium has successfully completed the first flight of its long endurance Zephyr solar powered High Altitude Pseudo-Satellite (HAPS) since it acquired the assets of the Zephyr programme in March 2013 from QinetiQ in the UK.

The flight of the Zephyr took place at the Yuma Proving Ground in Arizona, USA, in August 2013. Astrium’s HAPS programme has been running in conjunction with its EADS partners, Cassidian and Innovation Works, for several years.

The solar powered Zephyr holds the world record for flight endurance, having flown for more than two weeks at altitudes in excess of 70,000 feet. This latest flight was to demonstrate a number of improvements in the design and operation of the vehicle, to enable future long-endurance operational trials.

“We are delighted that we have shown not only that the Astrium Zephyr is the most advanced High Altitude Pseudo-Satellite in the world but also that Astrium and the UK Ministry of Defence were able to put together this programme to demonstrate persistent Intelligence, Surveillance & Reconnaissance (ISR) capability and to complete a full flight with the support of the US Department of Defense within only four months,” said Jens Federhen, Astrium’s HAPS programme manager.

He added: “Astrium is now set to develop a High Altitude Pseudo-Satellite offering that will provide a valuable augmentation to its existing space based services for communications and remote sensing.”