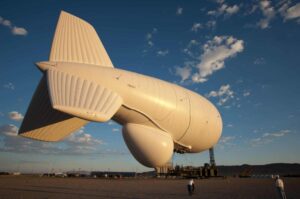 During the July 17 test, the Army’s JLENS acquired and tracked an anti-ship cruise missile surrogate and passed targeting data to an Air Force F-15E via Link 16, enabling the fighter pilot to fire an AIM-120C7 AMRAAM, culminating in the weapon intercepting the target, meeting all test objectives.

“JLENS has proven it can defend and extend the battlespace by integrating with Patriot, Standard Missile-6, and now AMRAAM,” said Dean Barten, the U.S. Army’s JLENS product manager. “This test enhances the cruise missile defense umbrella, and when this capability is deployed, it will help save lives.”