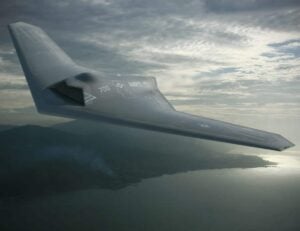 During a recent demonstration at NAVAIR, Lockheed Martin monitored and controlled multiple types of unmanned aerial systems (UAS) from one integrated command and control (C2) system. Controlling both the unmanned air vehicles and their on-board mission system sensors, Lockheed Martin’s system fully integrated with other Navy C2 and intelligence, surveillance and reconnaissance (ISR) planning and execution systems to provide operators with one comprehensive mission picture. The demonstration was executed in support of the Navy’s upcoming Unmanned Carrier Launched Airborne Surveillance and Strike System (UCLASS) and Common Control System programs.

“This demonstration is an important step to fulfilling the Navy’s requirement for a Common Control System that leverages multiple architectures from varied operational systems,” said Rob Weiss, executive vice president of Advanced Strike and Intelligence and Reconnaissance Systems for Lockheed Martin Aeronautics. “A combined C2 and ISR capability will be essential as the Navy integrates UAS, beginning with UCLASS, into its ISR enterprise. We believe in their vision and this demonstration is an example of our work to reduce risk and make the Common Control System a reality.”

“This demonstration underscores the critical role that common command and control systems can play in actual operations by highlighting the ability to enrich the overall ISR picture and increase the speed of decision making,” said Jim Quinn, vice president of C4ISR Systems for Lockheed Martin Information Systems and Global Solutions. “An integrated battlespace picture emerges when we link the platforms, sensors, and information collected into one enterprise view that will enable the U.S. Navy to better achieve their C2 and ISR missions.”

Lockheed Martin is partnered with the Navy on a variety of programs, including the F-35C, Distributed Information Operations-System and Tactical Tomahawk Weapons Control System. These systems support the convergence of C2 and ISR capabilities, which can increase tactical warfighting ability, reduce footprint and deliver affordable capability in an agile delivery framework.