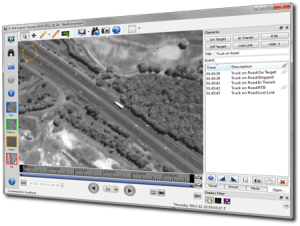 General Dynamics Mediaware received recognition at this year’s Australian Defence Magazine industry awards, taking home the Defence Material Organisation (DMO)/Industry Team of the Year Award for Excellence in Collaboration in the Sustainment and Logistic Support category. The award acknowledged General Dynamics Mediaware’s efforts in the successful fielding of its D-VEX tactical video exploitation systems to the Australian Army in 2012.

Integrated into the Shadow 200 Tactical Unmanned Aerial System (TUAS) and currently deployed in Afghanistan by the Australian Defence Force, D-VEX enhances the distribution of mission-critical, actionable intelligence among Australian troops and coalition forces by capturing and managing full motion video from airborne surveillance platforms. A versatile and robust video exploitation system within the General Dynamics video exploitation family of products, D-VEX is an ideal off-the-shelf solution for in-theater operations where ease-of-use and low system overhead are vital.

“We are very honored to be recognized for our work with the Defence Material Organisation and Australian Army on this project,” said Dr. Kevin Moore , chief technology officer of General Dynamics Mediaware. “This was a true collaborative effort. From the implementation and successful integration of D-VEX, to the testing and operational evaluation of the solution, our strong working relationships with the DMO, Defense Science and Technology Organisation and 20th Surveillance and Target Acquisition Regiment helped ensure that the right system was delivered on time and on budget.”