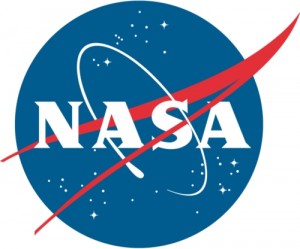 NIAC studies visionary aerospace architecture, system or mission concepts that are exciting and unexplored, yet credible and executable. The concepts are early in development — generally 10 years or more from operation. They are chosen based on peer review of the potential impact, technical strength and benefits of the proposed study.

“While Goddard or Tsiolkovsky envisioned rockets taking humans to space, the rest of the world focused on the industrial revolution and challenges of the early 20th century,” said Michael Gazarik , director of NASA’s Space Technology Program at the agency’s headquarters in Washington. “These visionaries had radical ideas of space travel and exploration that would take dozens to hundreds of years for maturation, but were worth waiting for. NASA’s NIAC seeks proposals from today’s visionaries who have futuristic concepts that may transform how we live, work and explore the high frontier.”

Past NIAC Phase I proposals have included a broad range of imaginative and creative ideas, including: using electromagnets to protect spacecraft from radiation; the application of terrestrial ocean exploring concepts for extremely low-power exploration of under-ice oceans believed to be on Europa; printing entire spacecraft on sheets of paper; a solid-state, no-moving-parts air purifier; and other innovative propulsion and power concepts needed for future space mission operations.

The NIAC Phase I solicitation will incorporate a two-step process. NIAC will accept short proposals, limited to three pages, until Feb. 14. After review, NASA will invite those whose proposal concepts are of interest to the agency to submit a full proposal of no more than eight pages. Full proposals will be due April 18.

NASA expects to fund about 15 proposals in this year’s Phase I process. Those selected may receive up to $100,000 for nine months of study to advance the innovative space technology concept and help NASA meet current operational and future mission requirements. Selection announcements are expected this summer. The solicitation is open to all United States citizens and researchers working in the U.S., including NASA civil servants.

The number of NIAC awards will depend on the strength of proposals and availability of appropriated funds.

NIAC is part of NASA’s Space Technology Program, which is innovating, developing, testing and flying hardware for use in NASA’s future missions.

To view the NASA Research Announcement for this NIAC Phase I solicitation and for more information about NIAC and NASA’s Space Technology Program, visit:
http://www.nasa.gov/niac