DARPA to Launch Just-in-time Payloads from Bottom of Sea 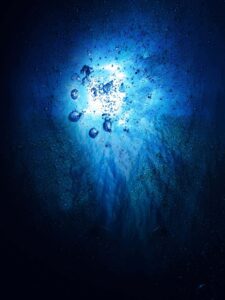 Today, cost and complexity limit the Navy to fewer weapons systems and platforms, so resources are strained to operate over vast maritime areas. Unmanned systems and sensors are commonly envisioned to fill coverage gaps and deliver action at a distance. However, for all of the advances in sensing, autonomy, and unmanned platforms in recent years, the usefulness of such technology becomes academic when faced with the question, “How do you get the systems there?” DARPA’s Upward Falling Payloads program seeks to address that challenge.

The UFP concept centers on developing deployable, unmanned, distributed systems that lie on the deep-ocean floor in special containers for years at a time. These deep-sea nodes would then be woken up remotely when needed and recalled to the surface. In other words, they “fall upward.”

“The goal is to support the Navy with distributed technologies anywhere, anytime over large maritime areas. If we can do this rapidly, we can get close to the areas we need to affect, or become widely distributed without delay,” said Andy Coon, DARPA program manager. “To make this work, we need to address technical challenges like extended survival of nodes under extreme ocean pressure, communications to wake-up the nodes after years of sleep, and efficient launch of payloads to the surface.”

DARPA seeks proposals in three key areas for developing the program: Communications, deep ocean ‘risers’ to contain the payloads, and the actual payloads. DARPA hopes to reach technical communities that conduct deep-ocean engineering from the telecom and oil-exploration industry to the scientific community with insights into signal propagation in the water and on the seafloor. Since the program will emphasize the use of ambient pressure containment with its risers, there is no need for specialization of payloads to accommodate the extreme pressures of the deep sea. Communities with technical background in unmanned platforms; distributed sensors; networking; sensor packaging; information operations; electronic warfare; anti-submarine warfare, etc. may all be able to play a role.

Almost half of the world’s oceans are more than four kilometers deep. This provides considerable opportunity for cheap stealth. The vastness and depth make retrieval costs prohibitive. Despite this, the UFP program is specifically not a weapons program, and the risks to losing any single node will be minimal.

Depending on the specific payload, systems would provide a range of non-lethal but useful capabilities such as situational awareness, disruption, deception, networking, rescue, or any other mission that benefits from being pre-distributed and hidden. An example class of systems might be small unmanned aerial vehicles (UAVs) that launch to the surface in capsules, take off and provide aerial situational awareness, networking or decoy functions. Waterborne applications are sought as well.

“We are simply offering an alternative path to realize these missions without requiring legacy ships and aircraft to launch the technology, and without growing the reach and complexity of unmanned platforms,” said Coon.