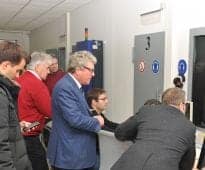 Austro Engine have announced that tests have been successfully carried out on the new AE80R rotary engine. The vibration-free engine has a final target weight of 27 kg and an output of 80 hp (58 kw).

According to Christian Dries, Chairman and Owner Diamond Aircraft, the AE80R has the potential to become one of the leaders in the extremely weight sensitive market of LSA (Light Sport Aircraft) and ultra-light aircraft. “The engine has no vibration and therefore it is ideal to power UAVs (Unmanned Aerial Vehicles) with highly sensitive equipment” he added.