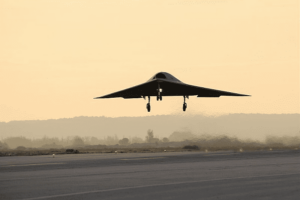 Dassault Aviation has successfully conducted the maiden flight of the nEUROn unmanned combat air vehicle (UCAV). The flight was carried out from the company’s flight test base in Istres, in collaboration with flight test personnel from the French defense procurement agency (DGA).

The nEUROn, a stealth technology demonstrator, was launched in 2005 by DGA, and involves collaboration from France, Italy, Sweden, Spain, Greece and Switzerland. It defines a future for the aeronautic excellence of Europe.

With Dassault Aviation as the prime contractor, the program was designed to pool the skills and know-how of Alenia Aermacchi (Italy), Saab (Sweden), EADS-CASA (Spain), HAI (Greece), RUAG (Switzerland) and Thales (France).

With a length of 10 meters, a wingspan of 12.5 meters and an empty weight of 5 tons, the aircraft is powered by a Rolls-Royce Turbomeca “Adour” engine.

The nEUROn will continue to undergo testing in France until 2014, at which time it will be sent to Vidsel in Sweden for a series of operational trials. It will then go to the Perdadesfogu range (Italy) for further tests, in particular firing and stealth measurements.