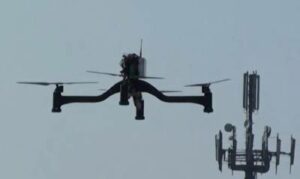 This Italian Permit-to-Fly, has been granted as ENAC is working on legislation designed to regulate the commercial use of RPAS, which is expected to be completed in 2012, as was anticipated by the “Information Note NI – 2012-008″ that was issued by ENAC in August 2012. According to Piero Refolo, the CEO and co-founder of Aermatica SPA, this is an important step along the path to making it possible, in the near future, to use RPAS under controlled and safe conditions for a large number of applications, ranging from environmental survey and anti–pollution control to industrial site and installation monitoring, as well as supporting specific public security and civil protection activities (e.g., monitoring of landslide hazard areas & the search for missing persons in natural disaster zones).

Thanks to this Permit-to-Fly, Aermatica SPA can now proceed with the development of such applications, using its Anteos RPAS, which has already been used in a significant number of projects, often in collaboration with leading industry, academic and institutional partners.

Piero Refolo, said: “For Aermatica, this Permit-to-Fly is a milestone of great importance and is seen as a positive conclusion of the efforts made by us. It is a confirmation of the strategic choices made and will now enable our company to undertake its next developmental, technical and commercial steps.”