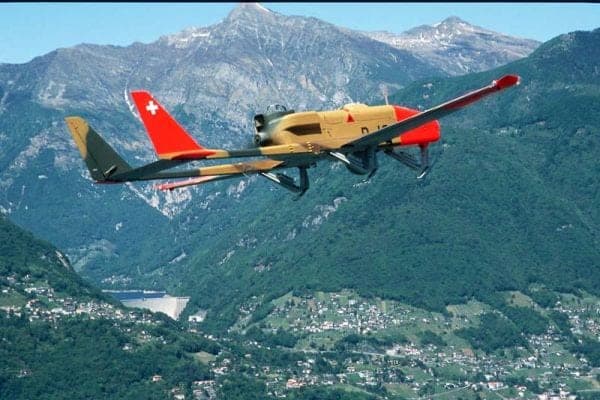 The RUAG Ranger ADS 95 UAS, which will be replaced by either the IAI Heron 1 or Elbit Systems Hermes 900

A project team comprising the Swiss Air Force and armasuisse specialists will conduct flight
tests of the IAI Heron 1 and Elbit Systems Hermes 900 UAS throughout September and October.

The flight tests are part of the overall evaluation of the systems, which are both in
contention for the Swiss acquisition program for a new reconnaissance drone. The successful system will replace the Ruag Ranger ADS 95 reconnaissance drone currently used by the Swiss Air Force, which is now reaching the end of its service life.

The evaluation is scheduled to take place from 3-21 September and 1-19 October on the Emmen airbase in central Switzerland and in the Jura region.

Eleven UAS were originally submitted for the program, however only those submitted by Israel Aerospace Industries (Heron 1) and Elbit Systems Ltd (Hermes 900) remain in contention.

The successful system is expected to be announced during the first half of 2014, with the
acquisition planned for inclusion in the 2015 Armaments plan.