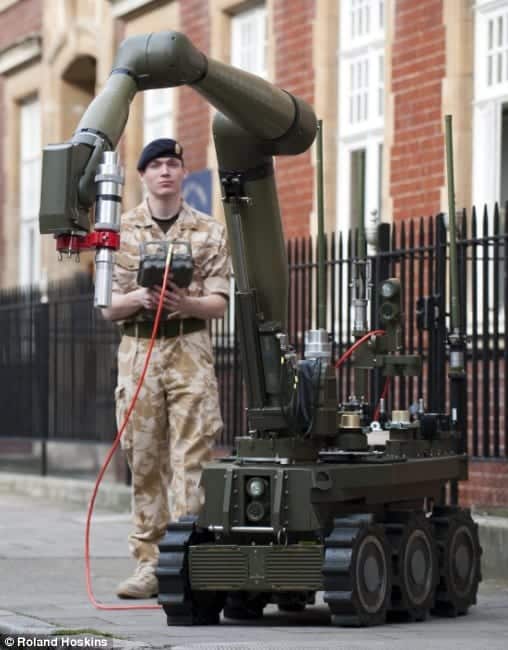 Almost six years after being appointed the prime contractor for Phase II of the UK Ministry of Defence (MoD) CUTLASS robotics program, Northrop Grumman have rolled out the first of their unmanned explosive ordnance disposal (EOD) vehicles at its Remotec production facility in Coventry, UK.

The next generation remote-controlled CUTLASS unmanned ground vehicle (UGV) will replace the Wheelbarrow bomb disposal robot and give its operators a significantly enhanced ability when dealing with improvised explosive devices (IEDs) and other unexploded ordnance.

The roll out of the new vehicle took place at the Coventry facility, with the UK Defence Equipment, Support and Technology (DE&S) Minister Peter Luff MP and Mr Peter Worrall, chief of Materiel (Joint Enablers) present at the handover ceremony.

Speaking at the event, Conservative Member of Parliament for Mid Worcestershire Peter Luff said: “The rollout of CUTLASS to the armed forces marks an important milestone in our successful 20-year relationship with Northrop Grumman. CUTLASS is a world-class product that will provide our U.K.-based bomb disposal teams with a state-of-the-art capability to help protect them and the public from the threat of explosive devices.”

The minister’s statement suggests the CUTLASS will not be sent to Afghanistan, at least not in the near future, but will be used exclusively in the United Kingdom for counter terrorism operations.

While the threat of mainland terrorist attacks undoubtedly remains, one wonders if the state of the art vehicle would be better served in the Afghanistan theatre of operations. The number of British soldiers killed since Operation Herrick (the codename for all British operations in Afghanistan) began in 2002 currently stands at 427 (2), with the vast majority of these fatalities due to IED’s.

The Battle With IEDs 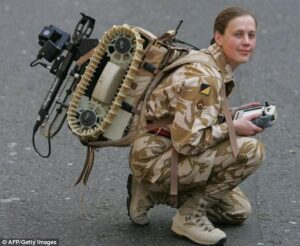 IEDs are the single biggest killer of coalition forces in Afghanistan, just as they were in Iraq before it. By the end of 2007, it is estimated that 63% of all coalition deaths were caused by these so-called roadside bombs (3).

Relatively easy to build and disguise, the detection of IED’s and their subsequent destruction by the bomb disposal teams is of massive importance to the soldiers on the ground.

The capabilities of the CUTLASS are certainly impressive. Fully designed and built at the UK facility in Coventry, the six-wheeler is able to operate in almost any environment and on any terrain. The manipulator arm has a wide range of movement with nine degrees of freedom, giving it unprecedented agility which enables it to operate in even the tightest of spaces. It is able to crawl along at barely noticeable speeds for delicate operations, but can accelerate rapidly should the need arise.

Northrop Grumman’s UGV business has been established in Coventry for over 20 years, with all new designs and the development thereof undertaken at the site. The latest CUTLASS model joins over 2,000 other unmanned ground vehicle systems in operation all over the world, but with the state of the world as it is in some places, another 2,000 certainly wouldn’t go amiss.