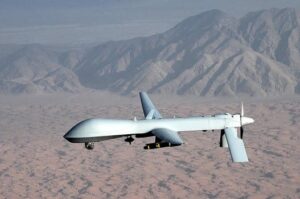 Irreversible engine failure caused the crash of an unmanned MQ-1B Predator aircraft on April 14, according to a military accident investigation board report released on Tuesday. The plane crashed into an unpopulated mountainside in Afghanistan.

The crew, flying the Predator, was assigned to the 162nd Reconnaissance Squadron, Springfield Air National Guard Base in Ohio. When the accident occurred, the crew was flying a mission in support of Operation Enduring Freedom.

According to the report, “the remotely piloted aircraft experienced a single-point failure that simultaneously caused both ignition circuits to lose the ability to control engine ignitions,” the Air Combat Command accident board said, the group investigating the crash. “Based on mission data logs, the accident investigation board president believes a substantially contributing factor to the failure of the ignition control system was a failure of the power cable that was the only point on this particular MQ-1B that joined the two ignition circuits.”

Following engine failure, the crew applied all critical actions procedures and accomplished the appropriate checklists, but determined the aircraft could not successfully return to the air base. Following the guidance received from the 432nd Wing Operations Center director, the crew purposely flew the aircraft into the ground.

The aircraft was still relatively intact after the crash; however, after recovering those parts deemed sensitive, the U.S. Army Recovery Team destroyed its air-to-surface guided missile. The loss is valued at approximately $3.8 million. There were no injuries or damage to government or private property, the military said on Tuesday.