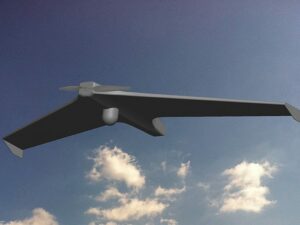 Israeli manufacturer Innocon has unveiled its candidate for a requirement to supply a new class of unmanned aircraft system to the Indian Air Force and Navy.

Named Spider, Innocon’s design weighs 2.5kg (5.5lb) without its sensor payload and battery installed, and will provide an operating endurance of 30min.

A tender will be issued soon to cover the planned acquisition of about 95 systems, with each to comprise two air vehicles, four payloads and a ground control station. Each complete system should weigh 15kg.

Innocon has teamed with an Indian partner to bid for the deal, with rivals including a BlueBird/Dynamatic offer of the 1kg MicroB air vehicle.

Israeli companies BlueBird, Elbit Systems and Innocon are among the firms also eyeing a pending 20 mini UAS contest for the Indian army.

New Delhi’s interest in acquiring UAS is likely to grow to about 600 systems worth approximately $1.25 billion during the next several years, say Israeli sources.