Advanced Unmanned to Provide Near Real-Time Aerial Imagery with UAVs 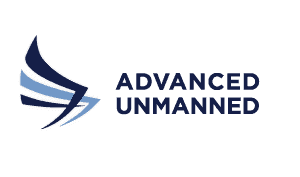 Advanced Unmanned was launched today by CEO David Record. The aerial imagery company is making an impressive entry into the marketplace with its high-tech capabilities and aerial imagery services unmatched by global competition. The company is positioned to provide commercial organizations and government-based entities ultra-high resolution images with near-real time delivery at a fraction of the cost compared to other aerial imagery providers.

Record, CEO and founder of Advanced Unmanned, possesses a vast array of aerospace and aviation knowledge that fuels the company. For the past nine years he has led and collaborated with engineering experts and c-level executives in the commercial space and satellite imagery industry.

“After extensive research and analysis the outcome was consistent with out-of-date technology and slow turn around across all aerial imagery products,” says Record. “The solution was to create Advanced Unmanned—a company that is on the bleeding edge of aerial imagery. We positively look ahead to resolving major gaps in imagery data processing, analysis and delivery.”

In addition to filling the market gap by providing ultra high-resolution imagery in near-instant delivery, Advanced Unmanned is designed to operate at a low cost—setting the stage for competitive pricing and affordability for customers in the three focused services areas: surveillance, reconnaissance and analysis.

Airboss Aerospace is designing a fleet of custom aircraft for Advanced Unmanned. The Unmanned Aerial Vehicle (UAV) imagery technology and equipment such as HD video and earth observing optical cameras will allow the company to support a large surveillance market from law enforcement agencies to federal government operations. Reconnaissance missions are similar to surveillance tasks and are based on customer requests and market demand. This could be a one-time mission or a recurring flight plan.

The company is uniquely positioned to produce and analyze imagery that is captured by its fleet of customized UAVs. Important data is extracted from each image and will be made to customers in a matter of hours, rather than days.