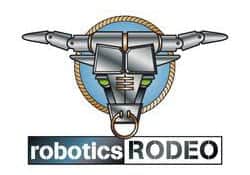 The event, sponsored by the Joint IED Defeat Organization (JIEDDO), drew a diverse crowd – from robot geeks and engineers to military leaders and international press – and participants showcased the latest in innovative and unmanned ground systems.

5D Robotics, in partnership with DRS, Mesa Technologies, Segway, AMREL, RE2, MacroUSA, and Bokam, demonstrated that robots that can carry our gear and work alongside us are ready for primetime.

“We’re happy to be providing a single common software package to so many different companies. At Benning, we enabled a wide range of behaviors on robots ranging in size from 5lbs to 5000lbs,” said David J. Bruemmer, 5D’s vice president for research and development.

Government and military officials are constantly researching ways to take soldiers out of harm’s way and have more tasks completed by robots in the field. This has challenged 5D Robotics to push the limits of what’s possible for robots.

Robots in industrial settings, such as warehouses and factories, are good at doing repetitive tasks very accurately; however, when it comes to personal robot applications the robot needs to negotiate and interpret a huge range of variables while at the same making humans feel comfortable and safe. That’s where 5D Robotics Behavior Engine (BE™) comes in. It enables the robot to maneuver in a variety of environments and situations simply by reading data about its surroundings.