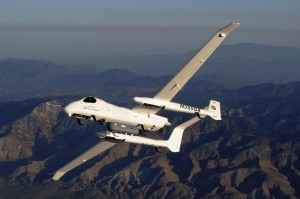 The SmartNode Pod is based on the Battlefield Airborne Communications Node (BACN) technology that allows real-time information to be exchanged among many different military and commercial radios and relays full-motion video – a critical capability for deployed warfighters.

“By using proven technology developed for the BACN program, the lightweight SmartNode Pod is ready to mount on many different military aircraft and provides a much-needed capability controlled by the deployed commander,” said Claude Hashem, vice president of Network Communications Systems for Northrop Grumman Information Systems. “The pod can connect to the high-altitude BACN platforms, ground operational centers or other pods for beyond-line-of-sight connectivity and access to high-level ISR and command and control information.”

The SmartNode Pod is designed for use on a variety of aircraft needed to support the Joint Aerial Layer Network (JALN). JALN is a high-capacity communications network management system planned by the U.S. Department of Defense that would expand on the existing aerial network and link ground, space and airborne communications nodes.