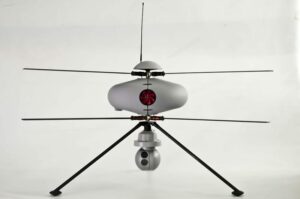 After a consultation to respond to an operational emergency, a tender has been won by INFOTRON and TOSA, and several systems have been ordered by the French defense procurement agency (DGA) for the French Army. These systems provide advanced observation and detection capabilities for the Engineer Units, particularly in the fight against Improvised Explosive Devices (IEDs).

The French defense procurement agency (DGA) selected the INFOTRON IT180 UAV to equip the Engineer Units, after a call for tender with very selective specifications. First systems will be delivered starting from summer 2012. This is one of the first military contracts of reference for the young SME located near Paris, which has developed this mini-helicopter UAV with counter-rotating rotors since 2005. 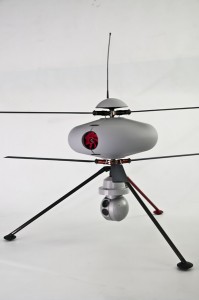 The DROGEN system (DROne for enGiNeering) is based on the IT180 vertical take-off mini-drone, which is already being used for lots of civil missions (diagnostics of engineering structures, monitoring forest fires, orthophotography, aeromagnetic maps, etc).

Each DROGEN system is composed of two vectors equipped with dual optical gyro-stabilized cameras and a ground control station developed in partnership with Thales Optronique (TOSA). The system has a range of more than 3 km and an endurance of 30 minutes. The quick battery exchange procedure (<2 minutes) allows running multiple consecutive missions.

Its robustness, quick set-up, detection capabilities by day or night and stealthiness were decisive factors in the DGA teams’ choice of this system.

Several countries have already chosen the military version of this system for reconnaissance and observation missions, particularly in the fight against drug trafficking or counter-terrorism. “This new commercial success reinforces INFOTRON’s position in the growing market of military mini-drones. This reference gives us stronger credibility for addressing lots of export opportunities,” says Francis Duruflé, INFOTRON’s Marketing and Sales Director.

“Thanks to its intrinsic stability due to its counter-rotating rotors, it is the only product in its category able to carry such high-performance detection systems in severe environmental conditions. It is a unique product in its category – a real Jeep® of the air that took more than four years of R&D with several patents being filed,” adds Christian Brunel, INFOTRON’s Chief Technical Officer.