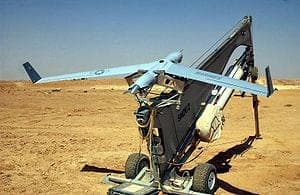 ImSar, LLC, suppliers of digital signal processing, radar, manufacturing, and inertial measurement systems for defense and unmanned applications, has been awarded a $24 million contract by the U.S. Department of Defense to develop a new radar suitable for small UAV applications.

The company is contracted to will build, test and assess a lightweight, ultra-wide band, synthetic aperture radar for use on small unmanned aerial vehicles.

ImSAR is well known for its lightweight radars. The NanoSAR B Tactical-level, synthetic-aperture radar (SAR) payload weighs just 3.5lbs and has been integrated on a number of small unmanned aerial vehicles including Insitu’s ScanEagle and Northrop Grumman’s BAT.