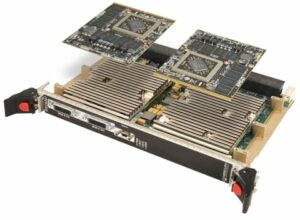 “Our strong technology and business relationship with Mercury has resulted in several AMD successes in the defense industry,” said Richard Jaenicke, director of Embedded Client Solutions at AMD. “We are thrilled that Mercury has selected the Radeon HD 7970M for their fourth-generation GPGPU module, and that Mercury has extended the Radeon HD 7970M’s performance capabilities with StreamDirect technology for direct sensor-to-GPGPU processing, enabling outstanding performance.”

The GSC6201 is available now and can be configured in air-cooled or conduction-cooled rugged versions.