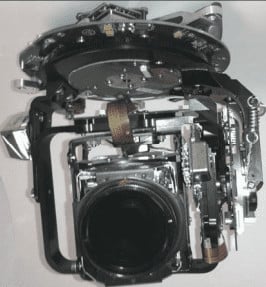 According to a recent article in Lookout Navy News Online, the use of Hood Tech’s imagers on board an unmanned aerial vehicle (UAV) evened the big odds against a small group of four frigates in a simulated, late-March battle with the USS Enterprise Carrier Strike Group. The mission of the simulation was for the four ships to find and destroy the carrier strike force, with emphasis on getting the big carrier itself. The unmanned aircraft carrying Hood Tech’s imagers complemented a manned helicopter, helped detect the carrier force, and allowed the four frigates to achieve surprise and to launch a simulated missile salvo that in the war game overwhelmed the Enterprise and its accompanying ships, including the missile cruiser Vicksburg.

Poor visibility grounded the carrier’s aircraft and contributed to the element of surprise. The weather, however, did not prevent Hood Tech’s optical and infrared imagers from providing critical information.

Hood Technology Corp. Vision, Inc. (Hood Tech) designs and manufactures imaging and video processing systems for manned and unmanned aerial vehicles (UAVs), boats, land vehicles, and stationary mounts. The reliability and utility of Hood Tech’s daylight and thermal imaging products has been demonstrated over more than 500,000 hours of use in a variety of temperatures, humidity, dust, smoke, haze, and other environmental factors.

Develops, tests, and manufactures launch and retrieval systems for a variety of UAVs and Monitors blade vibrations in industrial turbines and jet engines, a diagnostic method for predicting possible future failures.