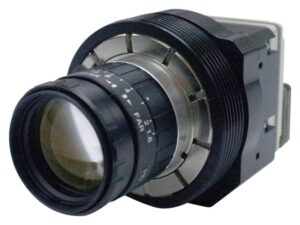 The Tau SWIR 15 is designed for defense system developers demanding SWAP+C requirements in dismounted soldier systems, ground and aerial platforms. The system delivers best in class sensitivity of <50e noise at 20°C case temperature and can be operated at integration times as short as 100 microseconds (shorter exposures for specific gating modes supported in future model releases). The Tau SWIR runs on less than 4 Watts of power, weighs less than 130 grams and takes up approximately 1302 cm of volume. The camera operates at 30 frames per second and supports sub windowing when higher frame rate are required.

Send Inquiry To receive further information or request a quote, complete your details and a representative from FLIR Systems, Inc will be in touch.