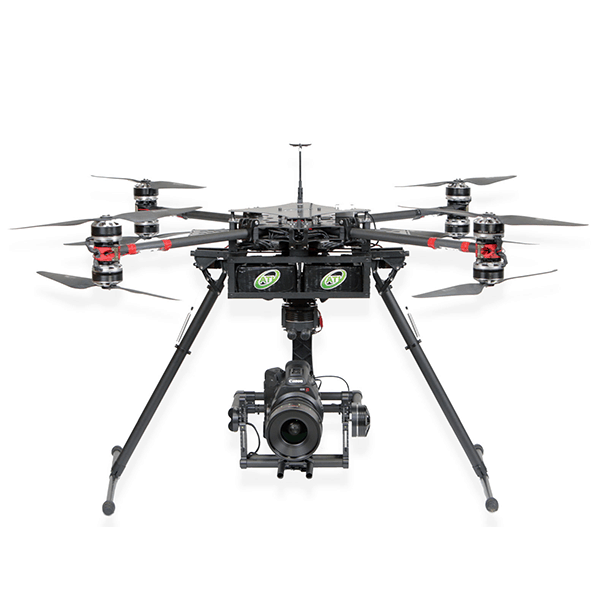 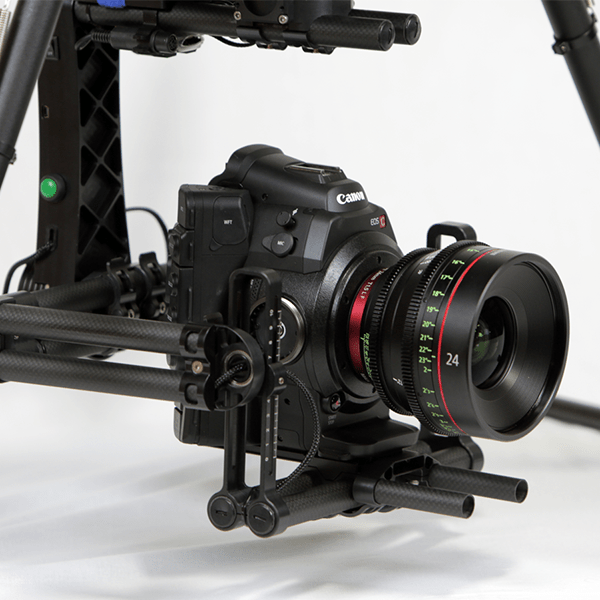 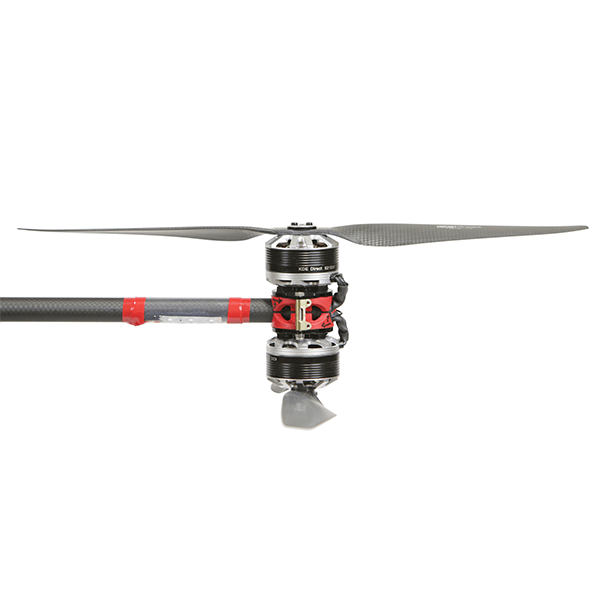 Thor X4 Cinema Class UAS is a unmanned aerial photography drone capable of flying heavier cameras and payloads. Need to fly a cinema class camera like the Red Epic, Canon C300 or Sony Fs700 —  the Thor X4 is the UAS you need. It is ATI’s most advanced octocopter to date. Designed for professional film applications featuring the Gremsy gStabi H14. It provides smooth stabilized video, options for HD video downlink. It offers over 15 minutes of flight time and a max speed of 67 mph.

Thor X4 is optimized for professional film production with the Gremsy gStabi H14 Camera Gimbal. Weighing in at only 6lbs. (even less in aerial mode), the H14 is the perfect aerial camera gimbal and beats its closet competitor by 3lbs. Thor X4 is fitted with custom retractable landing gear which reduces drag and allows the H14 a full 360° of pan for capturing cinematic camera movements. A quick release mount lets you convert from aerial mode to handheld in just a few seconds. The gStabi Tuner application for iOS & Android makes adjusting the gimbal settings easy over a WiFi connection.

Using the Aeronavics Skyjib-X4 XL as the base platform, the Thor X4 has a number of upgrades to enhance flight characteristics and performance. An additional top plate strengthens the frame and provides added protection for the electronics.  The custom dual battery box accommodates two 6 Cell batteries up to 20,000 mAH  for a total of 40,000 maH! The battery box also provides a stronger anchor point for the retractable landing gear and securely houses the batteries.