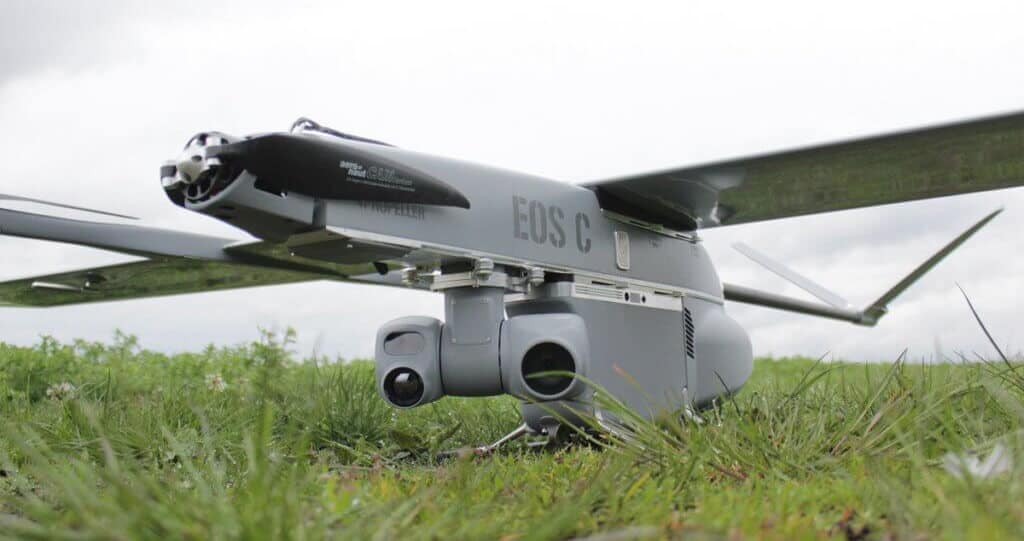 The EOS C is a mini-class, electric fixed-wing drone with vertical take-off and landing capability, designed to deliver stable and clear imagery for tactical, government and commercial missions, especially those taking place under restricted and difficult terrain conditions.

The EOS C has a flight time endurance of three hours when operating in fixed wing mode; and two hours endurance when flying as a multirotor. The airframe can be instantly converted between fixed-wing and VTOL modes. The extremely low noise output and low visual footprint make it an ideal aerial platform for Special Operations Forces.

A fully gyro-stabilized two-axis EO/IR camera gimbal provides an HD video and imagery feed to a Ground Control Station with onboard recording, and an additional plug & play payload can be fitted for precision aerial mapping.

With an advanced autopilot providing automatic takeoff, landing and navigation between user-defined waypoints, the EOS C can even be launched from the deck of a rescue vessel or battleship. The highly flexible system is ideal for a wide range of military, government and commercial applications including battlefield reconnaissance, search & rescue, border patrol, mapping and surveying.