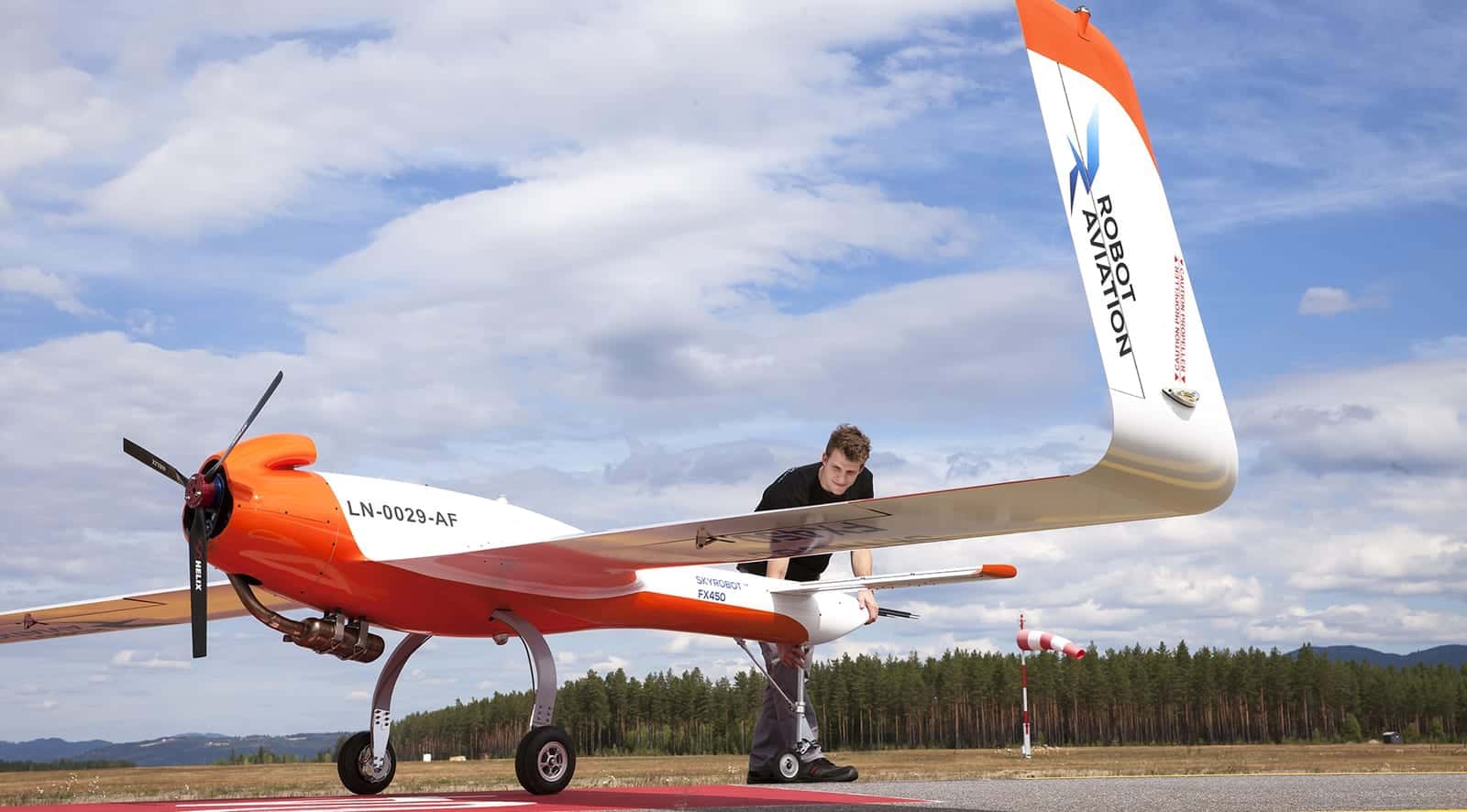 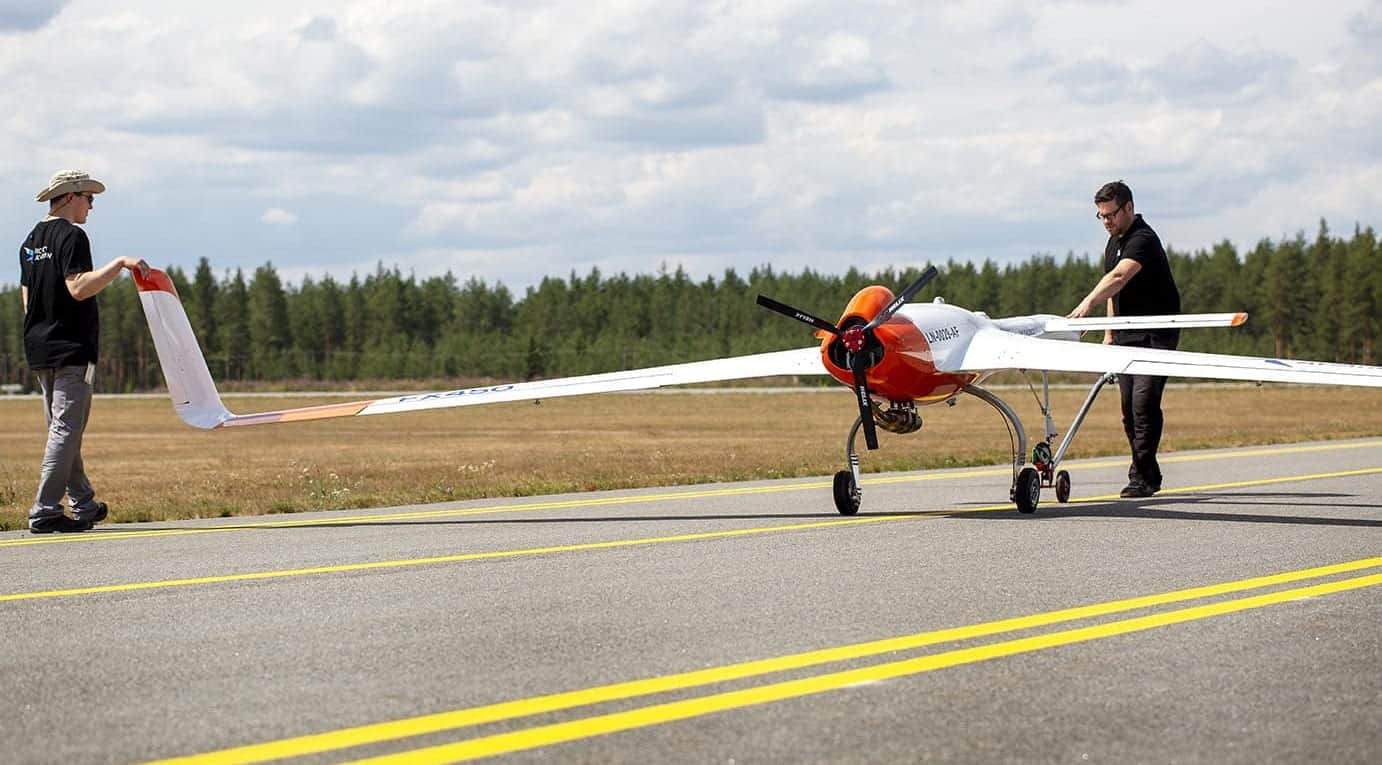 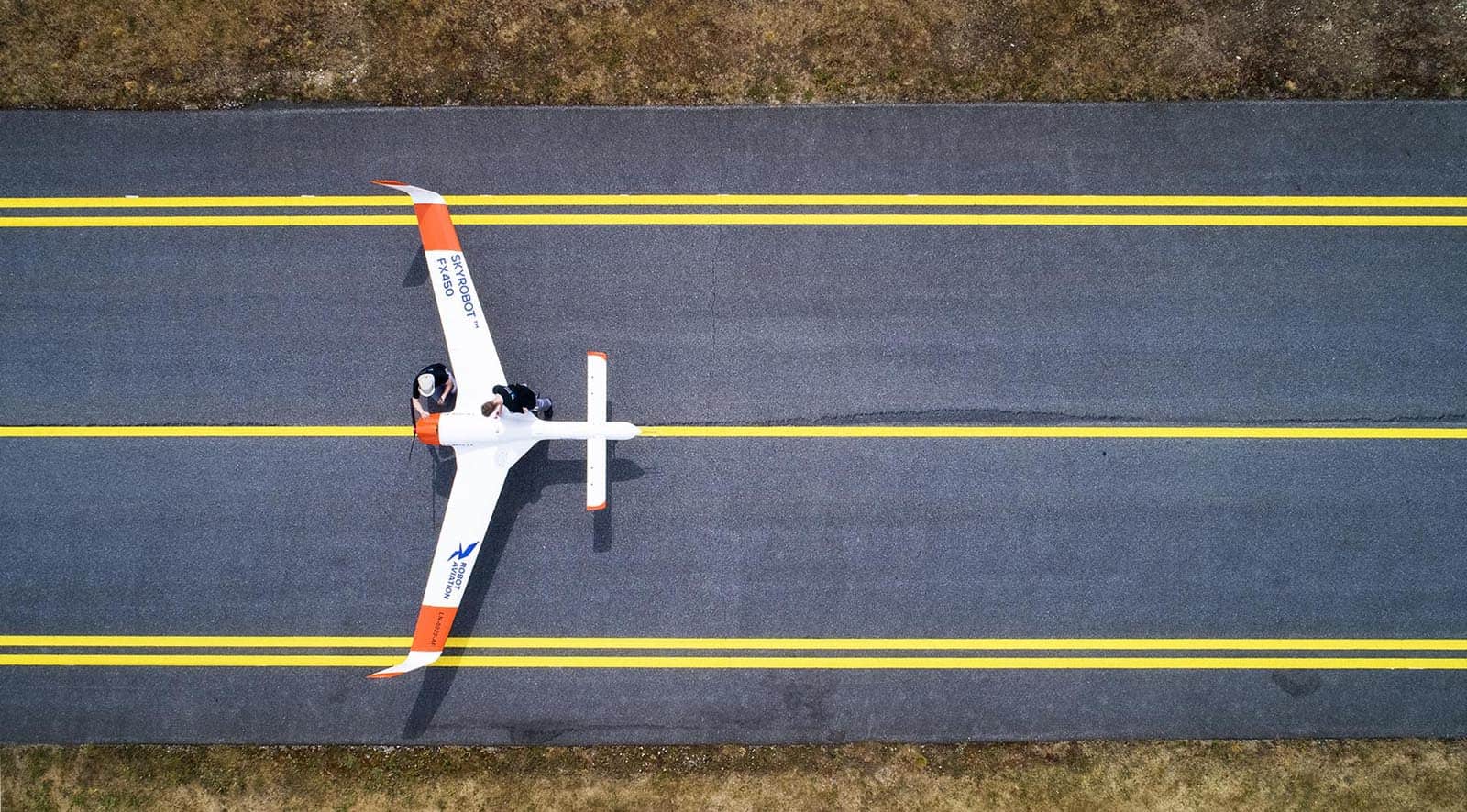 With a highly efficient, low-emission engine running on gasoline or heavy fuels, and an aerodynamic stall-resistant canard design, it is a highly cost-effective solution compared to manned aircraft with the same size payload and performance. A 20-hour mission can cover 5500 square kilometers of terrain and use only 100 litres of fuel.

The system can be equipped with different communication and datalink options, including live video streaming up to 200 km with high bandwidth and encrypted communication options.

The SkyRobot FX450 system can be programmed to execute fully autonomous missions via an intuitive point-and-click graphical user interface on the Portable GCS, which provides long-range communications of up to 200km and is equipped with NATO STANAG 4586-compliant GCS software. The operator can also control the drone and gimbal manually. The FX20’s datalink uses a phased array antenna system that can be used to read the direction and location of the aircraft even in GPS-denied environments.

An eye in the sky for emergencies

The SkyRobot FX450 can be adapted to aid emergency response efforts, with telecommunications equipment along with cameras, radar and other sensors that can support search and rescue efforts in harsh conditions far from regular rescue services. SkyRobot™ FX450 is ideal for extending mobile connectivity in a disaster area or warzone – it can provide connectivity to soldiers and first response teams.

New deployable LTE technology can effectively form airborne cell towers, enabling extended cellular coverage for thousands of users. This technology is ideal for providing a tactical edge for military and first responders as well as for allowing commercial operators to deliver 4G access in areas with limited connectivity.