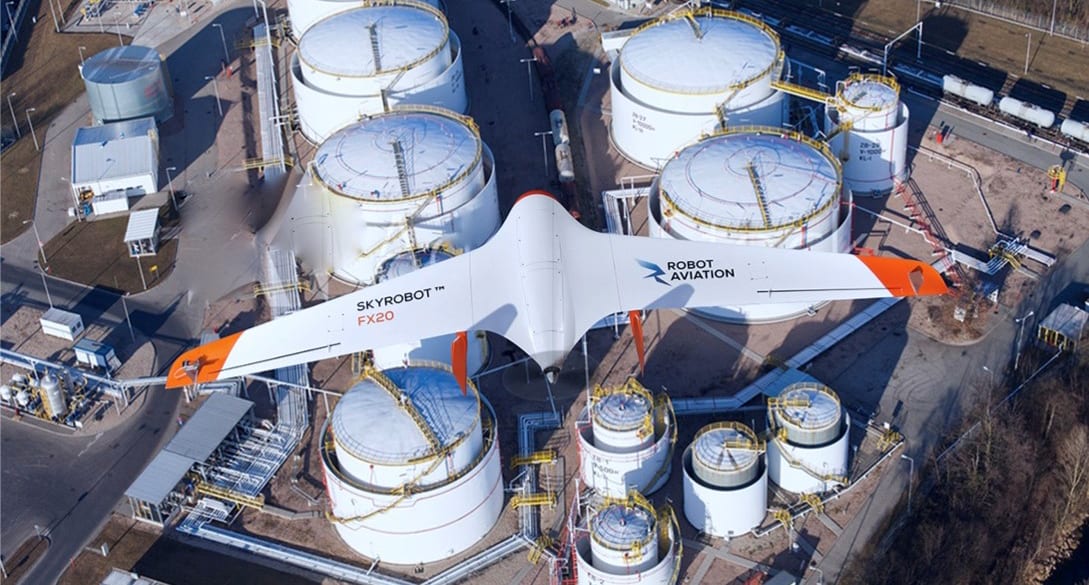 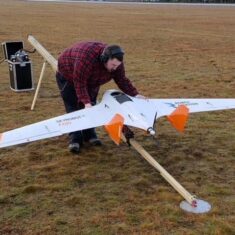 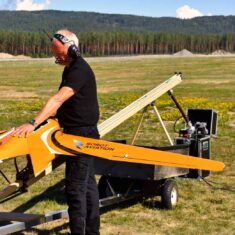 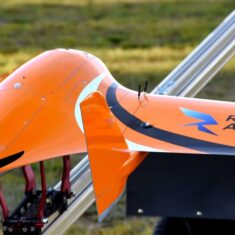 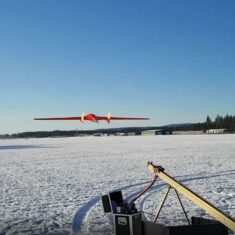 The SkyRobot FX20 is a high-performance all-electric medium-range UAS that can be operated by a crew of two and transported in a small truck or van.

A portable launcher allows for runway-independent operation, with recovery conducted either by net or skids.

With efficient, low noise operation, the FX20 meets all FAA regulations for small UAS under 55lbs. Endurance of up to four hours allows for high-coverage missions, and a GCS that can control multiple UAVs provides convoy operation for uninterrupted surveillance coverage.

The FX20 carries an advanced EO/IR payload with multiple-axis stabilization, and is capable of providing radio communications relay support. Thanks to its long endurance, range of 300km and the ability to stream live video from up to 60km away, the FX20 is ideal for both line-of-sight and BVLOS (Beyond Visual Line of Sight) missions.

The SkyRobot FX20 system can be programmed to execute fully autonomous missions via an intuitive point-and-click graphical user interface on the Portable GCS, which provides long-range communications of up to 60km and is equipped with NATO STANAG 4586-compliant GCS software. The operator can also control the drone and gimbal manually.

The FX20’s datalink uses a phased array antenna system that can be used to read the direction and location of the aircraft even in GPS-denied environments.