Milanion is a leader in the design, development, and manufacture of advanced autonomous platforms specialising in land and marine vessels, for use in the global defence sector and expanding into industrial and civilian markets.

Our intelligent systems are designed to put personnel out of harm’s way in hostile, dangerous or hard-to-reach areas, and exceed the high standards set for the planning and execution of operational missions.

Through our guiding principles of simplicity, speed and support we can respond, execute, and adjust at speed; to develop and deliver robust world-class solutions, at much decreased costs, within budget and on time to meet changing customer needs.

With the resources to engineer sophisticated solutions with superior flexibility, scalability, and reliability, we provide bespoke solutions based on advanced autonomous conversion technology that are tailored to unique client specifications and local requirements.

Contact us to learn more about our design and manufacturing services 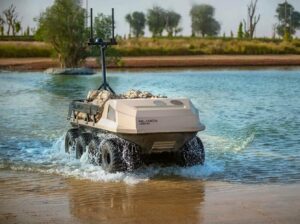 The AGEMA is a modular multi-mission UGV designed to support infantry and special forces units operating in both mounted and dismounted roles. With rugged construction and amphibious capabilities, it can operate in a variety of challenging off-road environments, including muddy swamps, river and streams, and dense jungle.

The versatile UGV can be programmed to follow other vehicles as part of a convoy, follow troops at a specified distance, or lead a group of soldiers as a reconnaissance and force projection capability. Able to conquer even the most extreme terrain, it is ideal for providing actionable intelligence and offensive capability while keeping personnel out of harm’s way.

Available in 8×8 or 6×6 drivetrains, the AGEMA is simple to operate from a command vehicle or via a portable GCS, and features extremely low support and maintenance requirements.

Watch the AGEMA UGV in action: 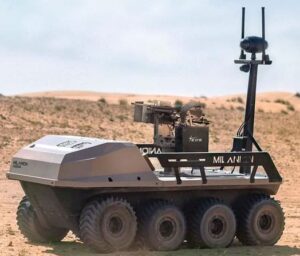 It can be equipped with a wide variety of payloads and technologies to support a range of mission profiles, including:

Fire Support & Remote Weapons Stations
The AGEMA can be equipped with a variety of remotely controlled weapons systems, including cannons from 12.7mm to 30mm, as well as anti-tank missiles such as Javelin, Kornet and Sparrow.

Load Carrying
The powerful UGV can be used to ease the burden of troops by carrying ammunition, rations, heavy weapons, radio equipment and more. It can also be deployed for use as a medical evacuation platform or mobile theatre. 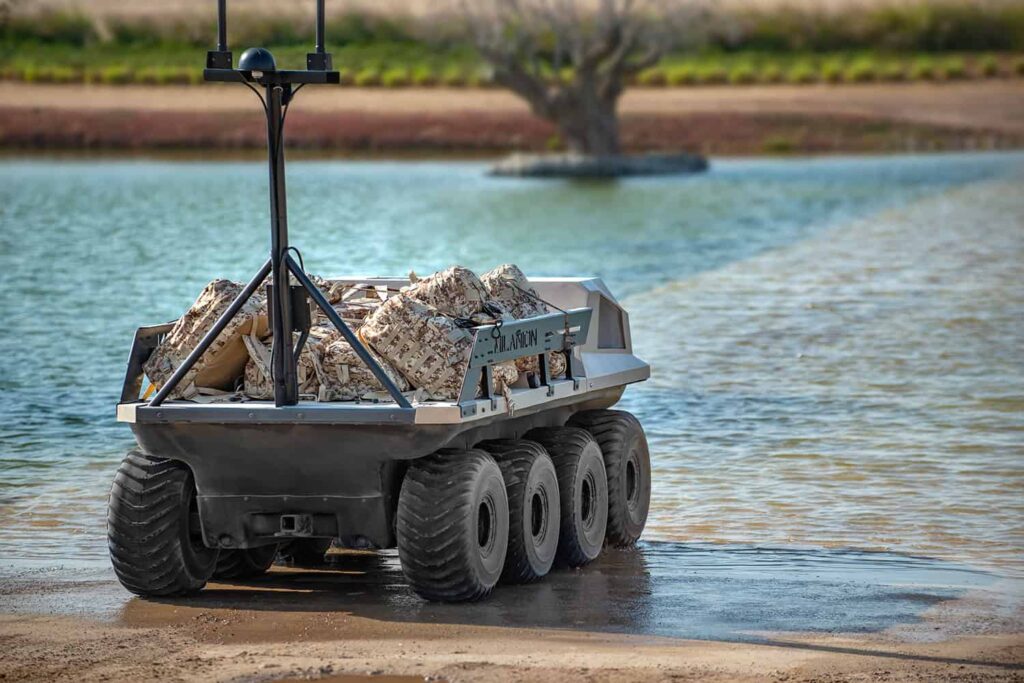 Route Clearance
AGEMA can be fitted with ground-penetrating radar, explosive and ordnance chemical detector sensors, and other equipment that allows IED and route clearance patrols to be conducted without endangering personnel.

Surveillance and Monitoring
A wide variety of cameras and imaging payloads can be fitted to the AGEMA to aid in ISR, mapping, search and rescue, and other missions where enhanced situational awareness is of paramount importance.

Drone Launch and Support
Fixed-wing drones can be skid-launched from the AGEMA, and the platform can also support persistent rotary drone operations via a tethered system.

Contact us to learn more about our AGEMA Unmanned Ground Vehicle

Our autonomous conversion system allows users to realise the benefits of autonomous surface vessels and maximise the capabilities of existing fleets without the extra costs of purchasing dedicated boats and compatible parts. The marine autopilot and remote control systems allow for unmanned capabilities without sacrificing the manned usage of the vessel.

With our autonomous technology, almost any vessel can be converted into a USV. Users can remotely upload and manage mission plans and waypoints, and control throttle and steering as well as third party sensors and systems.

We can provide our standard C2 Pro portable ground control station, containerised C2-20 GCS, or a custom integrated solution based around your existing command and control facilities. Our GCS capabilities allow users to plan missions with a simple point-and-click interface, taking advantage of obstacle detection and collision avoidance with radar, AIS and EO/IR integration. Operators can also take over from autonomous operations and gain manual remote control at any time.

Contact us to learn more about our Autonomous Conversion System 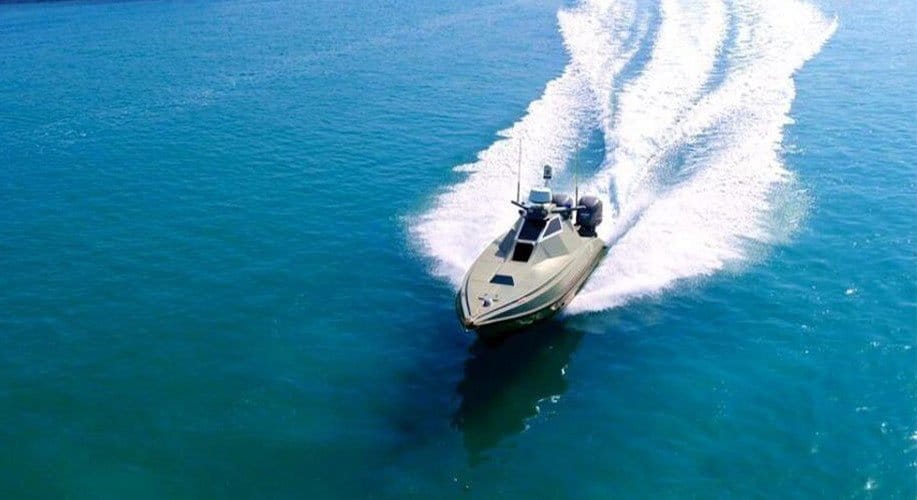 Our USVs can be equipped with a range of payloads to meet both commercial and military maritime requirements, providing effective force multipliers for your fleet and removing human operators from dull, dirty and dangerous environments. 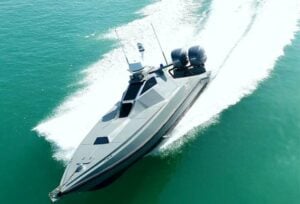 Single vessels or fleets can be operated from one or more control stations on shore or on board a mothership, providing flexible deployment for missions such as ISR (intelligence, surveillance and reconnaissance), force projection, marine surveying and search and rescue.

Contact us to learn more about our Autonomous Maritime & Defense USV