Meteksan Defense is a leading designer and producer of state-of-the-art UAV subsystems, radar and communication technologies for the defense and security industries; as well as Unmanned Surface Vehicles (USVs) for tactical maritime missions.

Products of Meteksan Defence, including subsystems for UAVs (unmanned aerial vehicles) and other unmanned vehicles, are used around the world for command and control, ISR (intelligence, surveillance and reconnaissance), navigation and positioning, and a variety of other applications. 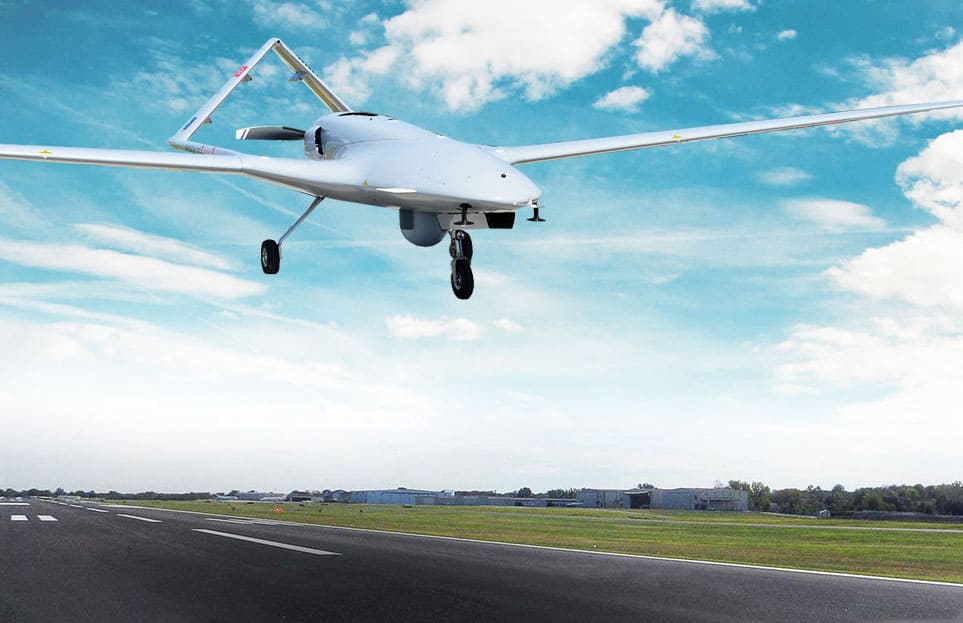 MILSAR SAR/MTI Radar is designed to be used on airborne platforms for intelligence, surveillance, reconnaissance, deterrence, and attack operations. It has versatile Moving Target Indication (MTI) for detection and tracking of potential targets and Synthetic Aperture Radar (SAR) modes for high resolution and all weather radar imagery, target classification and ground mapping. Optional Coherent Change Detection capabilities allow differences over time to be highlighted, providing situation awareness and understanding of activities in a selected area. 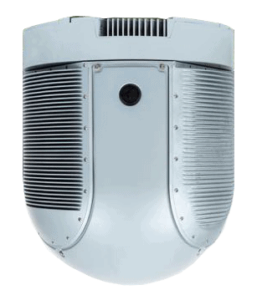 MILSAR detects and tracks potential targets including low speed, small size or fast moving objects, even in low visibility and adverse weather conditions such as cloud and fog. It is a compact multimode tactical radar designed to be easily integrated into both rotary and fixed-wing UAV platforms, featuring the same mechanical interfaces as a standard 15” EO/IR sensor turret.

Safe and Independent Operations for UAVs 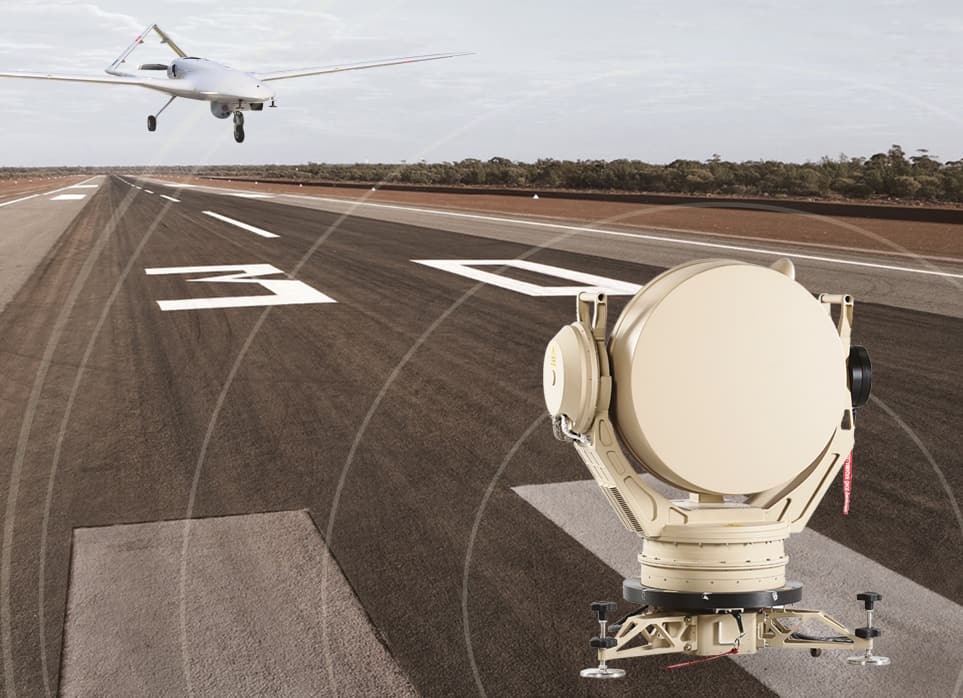 OKIS is a Ka-band radar-based system for automating UAV takeoff and landing. It provides reliable operation even under adverse conditions such as signal jamming, GPS-denied environments and harsh weather.

OKIS Airborne Segment – a compact, lightweight transponder and antenna that can be installed on a wide range of UAVs without significantly impacting the payload capacity.

OKIS Ground Segment – an interrogating radar installed near the runway that measures the aircraft’s range, bearing and elevation and transmits this 3D information to the ground control station. 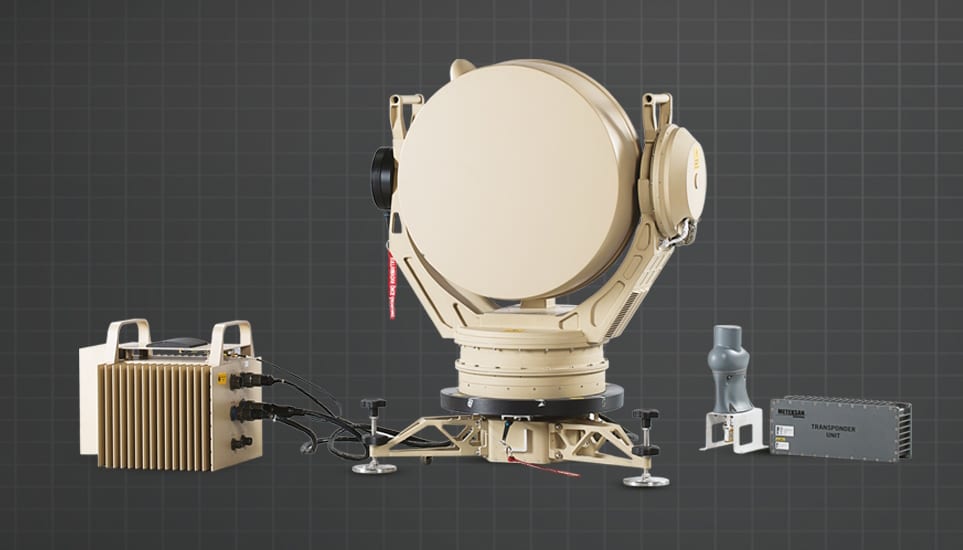 The robust, two-man portable system is quick and easy to install and provides tracking at distances up to 10 km away. 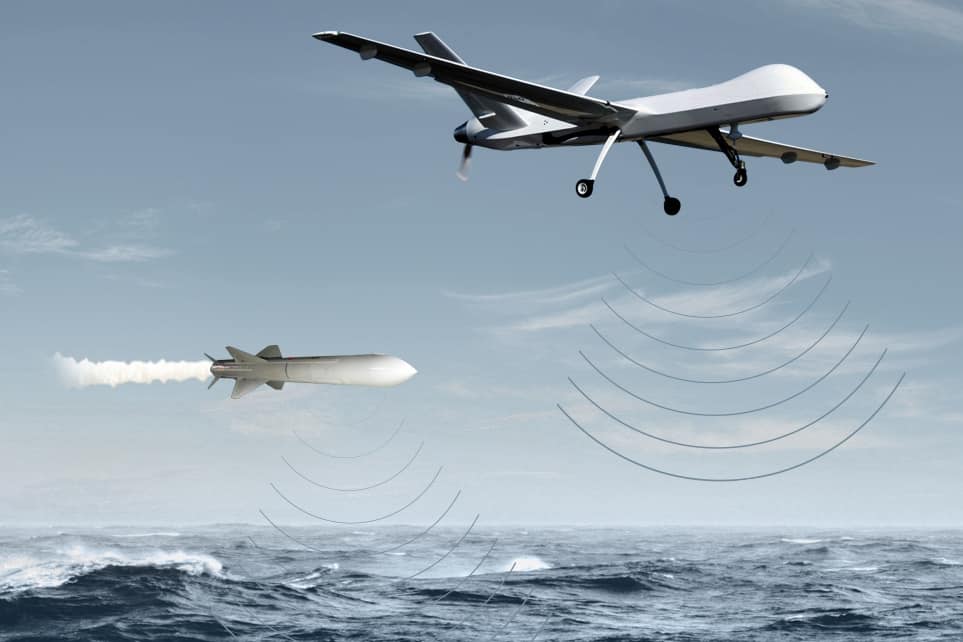 With its miniature design and low power consumption features, Meteksan’s CRA Radar Altimeter Family provides an efficient workload planning opportunity in any air platform. CRA Radar Altimeters can measure precisely up to 2500/5000 feet altitude, providing sensitive data on platforms operating at high speed and with great manoeuvrability, and during operations such take-off/landing and low flight. They can also provide ground-referenced navigation on different earth structures, including offshore operations. 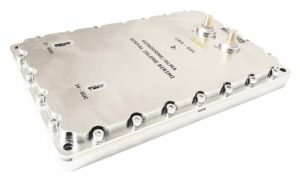 CRA Radar Altimeters with low output power, operate in a wide frequency band and with low probability of Intercept (LPI). Power control mechanisms that are automatically adjusted according to altitude, offer high availability with in-unit test features that operate during the opening, periodically on duty, and on the operator’s request. 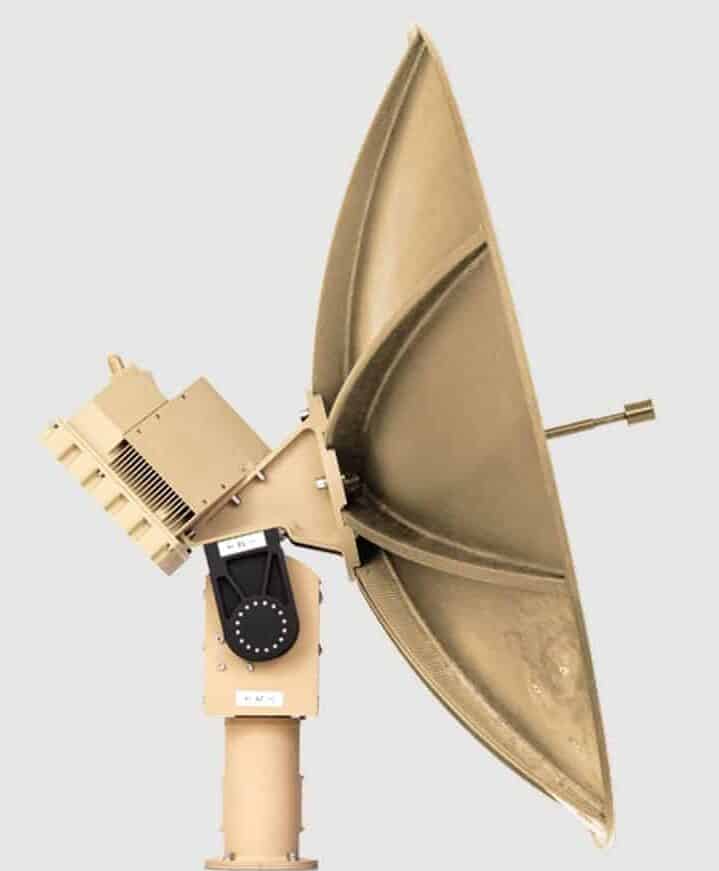 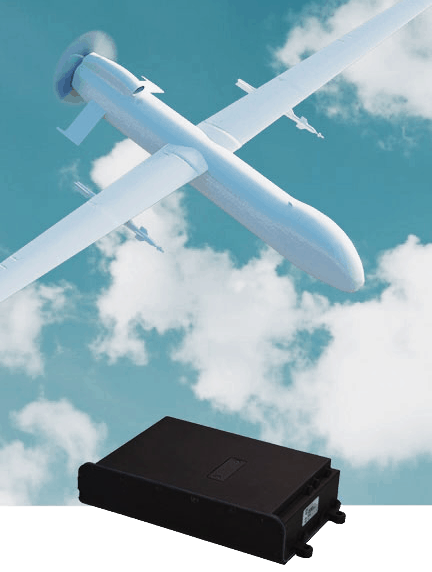 The UAV Flight Computer is based around a powerful processor with interfaces for mechanical flight control and sensor data acquisition. The low-SWaP system can interface with multiple UAV payloads, and features on-board voltage, current and temperature sensors as well as multiple analog-to-digital converters.

The UAV flight control system has been designed to meet MIL-STD-810F, MIL-STD-461E and MIL-STD-464A/E standards. 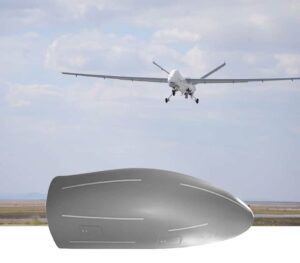 Constructed from high-tech tough and lightweight materials, it has been designed for minimal electromagnetic signal loss and maximum aerodynamic performance.

The airborne SATCOM radome is flight-qualified and offers lightning protection as well as high resistance to harsh environmental conditions. 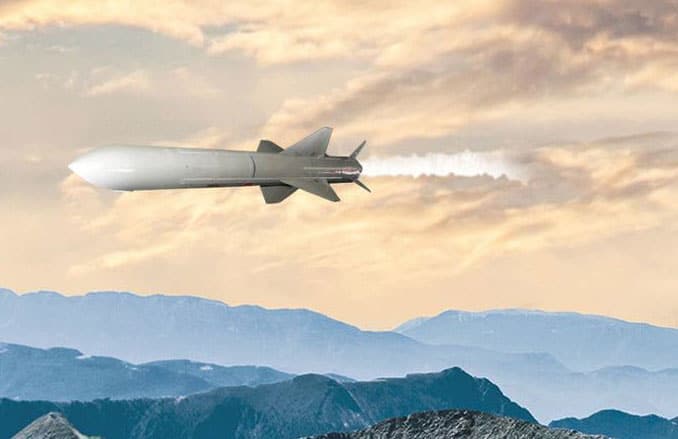 The TMV is a multi-mode S-band telemetry transmitter designed for mission-critical UAV applications. The highly flexible system features a variety of software-defined options, with six RF outputs that can be configured as independent or dual with variable power up to 20W and data rates of up to 20 Mbps. 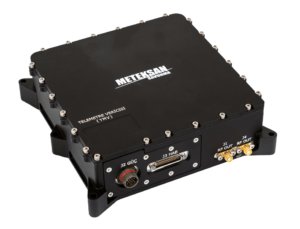 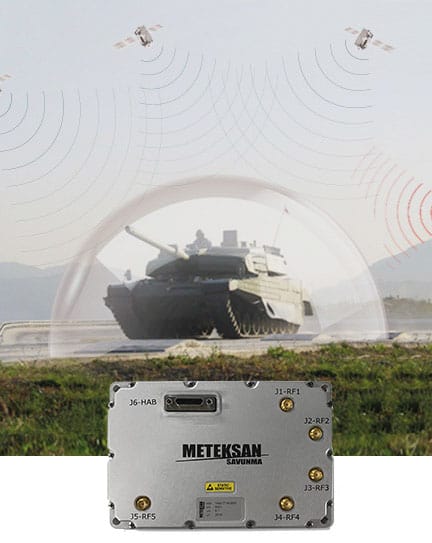 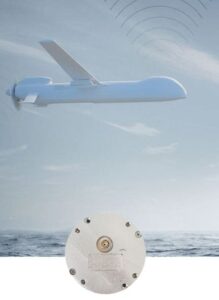 Customers benefit from alternative options for fast data transfer, as well as receiver configuration via standard and custom interfaces. GNSS receivers are designed for easy integration into multiple platforms.

Meteksan Defence GNSS Antennas have been designed to support high accuracy air, land, marine and munition applications. Antennas are high-performance multi-band GNSS antennas that are built with weather-resistant materials to allow operation in the harshest environments. Maximize your GNSS receiver’s positioning performance with the optimal GNSS antenna for your application. Meteksan Defence provide an extensive range of single-band and multi-band GNSS (GPS, GLONASS, Galileo, BeiDou) antennas in the L1 and L1/L2. 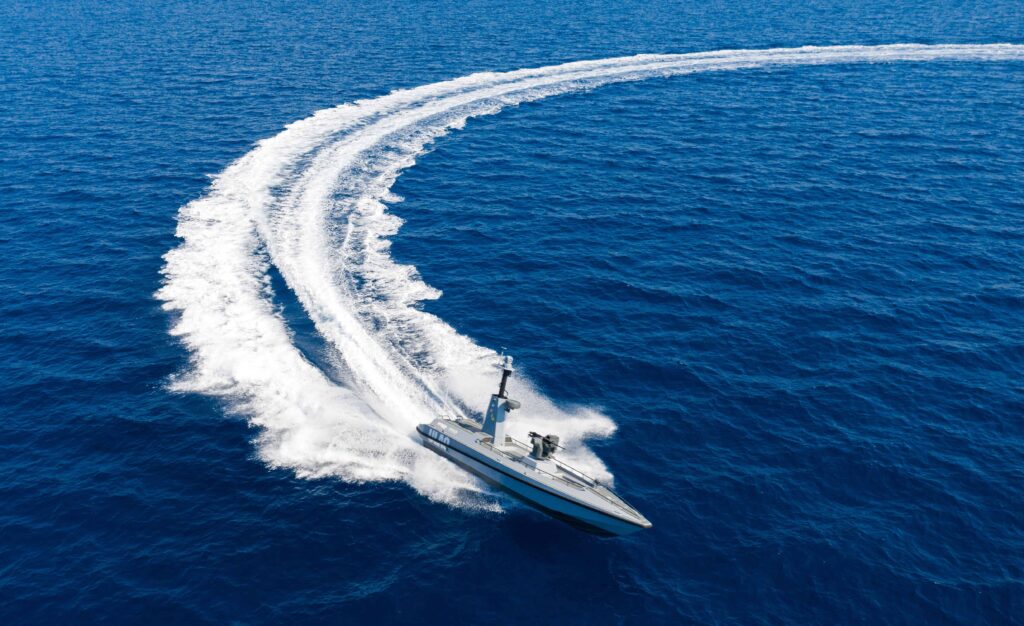 ULAQ is an advanced USV built from state-of-the-art composite materials and designed for a wide range of tactical maritime missions such as ISR (intelligence, surveillance and reconnaissance), surface and asymmetric warfare, naval escort and infrastructure protection. 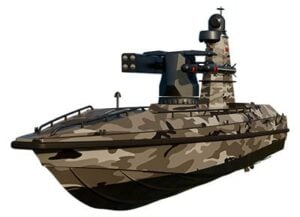 ULAQ has up to 800 km range and 130 km/h speed, day & night vision capabilities, secure communication infrastructure and includes 4 cells of laser guided and 2 of L-UMTAS anti-tank missile systems. The Surface Vehicle has a unique telescopic mast to utilize the E/O System for 360° enhanced day & night vision capability as well as increased target acquisition and designation range for laser guidance.

With its modular structure, different payloads can easily be integrated to Surface Vehicle. 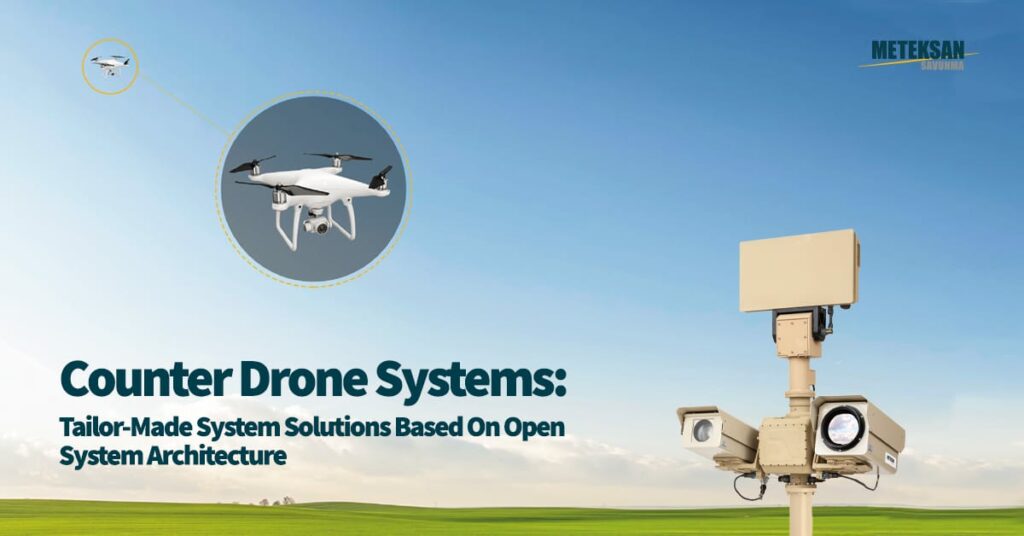 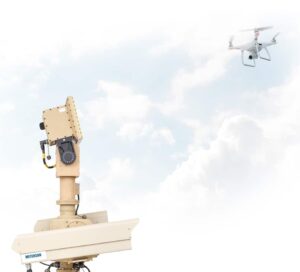 The target drone, when detected and tracked, is identified with the thermal / day cameras. Then precise positioning and tracking are performed. More than one system can be used depending on the characteristics of the protected area. Command and control software enables targets to be fused and viewed as a single track on a common operation picture. Information on the direction and position of the target drone is provided by sensors and can be assigned to RF jammer for neutralization.

Different sensors and countermeasure components can be mounted on  vehicles or masts etc. and it is possible to integrate each component in varying numbers according to the requirements of the area to be protected. In this way, effective solutions can be achieved both in terms of performance and cost. 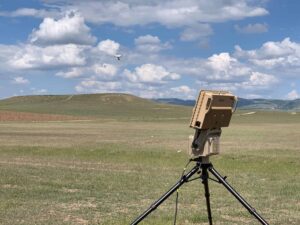