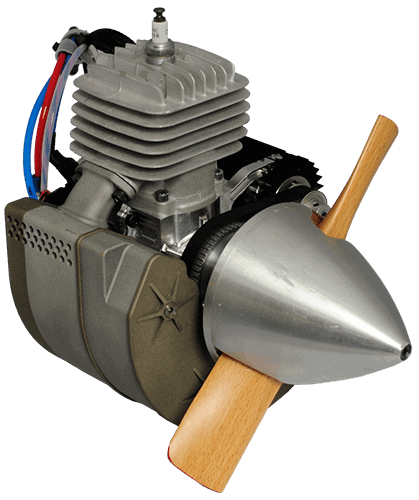 The Corvid-29 is a 29cc single cylinder engine with high power density and minimal maintenance requirements. The engine has excellent reliability and the EFI system maintains optimum engine operating parameters in all regimes of flight. This avoids common flaws of carbureted engines such as icing, top-of-climb engine stalls and incorrect fuel-air ratios. The engine has passed two 150 hour endurance tests (based on the US Federal Aviation Regulation Part 33) without the need for a major overhaul.

One of the major advantages with a Currawong engine is that it can be supplied as a turnkey system including a generator, power supply (with remote starter feature), isolation mount, low noise exhaust and standard harnesses.

The Corvid-29 engine is recommended for aircraft with a maximum take-off weight of 25 kg.