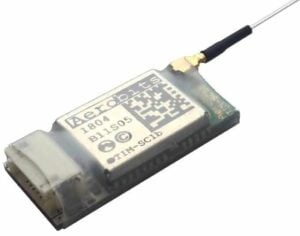 ADS-B (automatic dependent surveillance—broadcast) is a tracking technology for manned and unmanned aircraft that has been introduced as a potential replacement for secondary surveillance radar in air traffic control, as well as a method for integration of drones into manned airspace and a component of UTM (unmanned traffic management) systems.

ADS-B consists of two separate components, ADS-B In and ADS-B Out. A UAV equipped with ADS-B Out capabilities first needs to obtain its precise position using a GPS or other GNSS receiver. This position can then be periodically broadcast via ADS-B Out, along with other information such as identification, velocity and altitude. ADS-B In is the reception of this broadcasted information by other aircraft using an ADS-B In receiver.

ADS-B data links operate on frequencies of either 1090 MHz or 978 MHz. The 978 MHz data link is currently only used in the U.S., as part of a technology known as Universal Access Transceiver (UAT). UAT is used by aircraft operating below an altitude of 18,000 feet.

ADS-B transceivers both transmit and receive at the same time, thus providing a drone with both ADS-B In and ADS-B Out functionality. ADS-B drone transponders also transmit and receive, but the output signal is automatically emitted only in response to an incoming interrogation signal, making it in essence an automated transceiver. 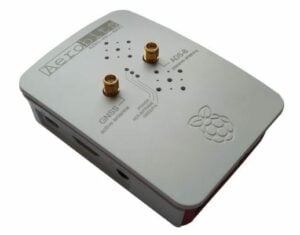 Although ADS-B In-equipped UAVs can directly “see” aircraft broadcasting ADS-B Out signals, and so ADS-B does not require ground-based infrastructure, the range of such interactions is limited. Coverage can be extended by the use of ground stations.

A network of ADS-B ground stations can thus be used as a national airspace solution, providing extensive coverage and real-time information on the position, speed and heading of UAVs and other aircraft.