TEKEVER’s AR5 drone with a 7.3 meter wingspan and advanced sensor technology will be used to gather data on large marine mammals and invertebrates in the Pelagos Sanctuary tekever News By Phoebe Grinter / 22 Jun 2022 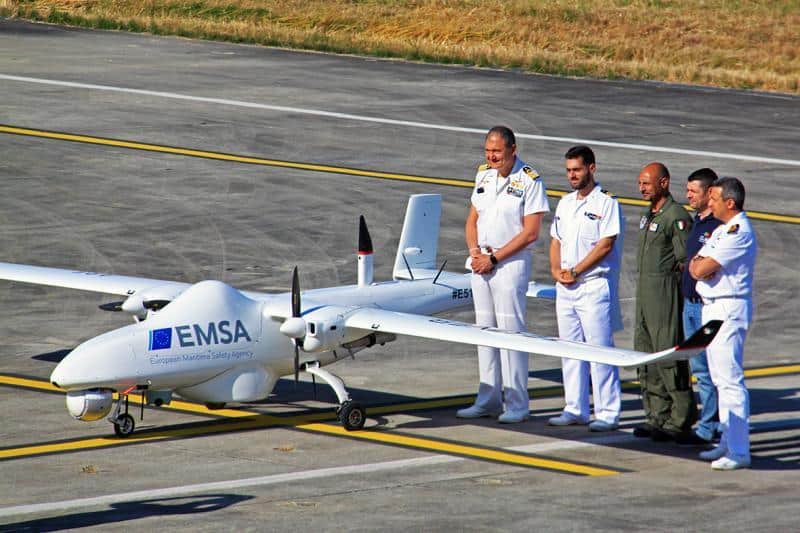 TEKEVER, together with partner CLS Group (Collecte Localisation Satellites), will support the Italian Coast Guard by using the TEKEVER AR5 Unmanned Aerial Vehicle (UAV) for the study and protection of whales and dolphins in the Mediterranean.

The European Maritime Safety Agency (EMSA) has placed the Tekever AR5 Evolution drone at the disposal of Italian Coast Guard for the 2022 summer campaign. The UAV will enable better monitoring of the maritime traffic and surveillance as well as allowing for the surveillance of large marine invertebrates.

For the first time, a drone with a 7.3 meter wingspan and with advanced sensor technology will be used to gather data on cetaceans, turtles and sharks, among others, in the Pelagos Sanctuary, a transnational marine protected area, protected thanks to an agreement between Italy, France and the Principality of Monaco, which hosts all species of regular cetaceans of the Mediterranean, established for its strategic importance and for the protection of fin whales, sperm whales, zifii and various species of dolphins.

A first objective of the new project, called ‘An Eye In The Sky’ and conducted in collaboration with the Tethys research institute, will be to test the different potentials of the TEKEVER AR5, which will be based at the Coast Guard Aircraft Base Command of Sarzana. From here the UAV, piloted by specialized personnel of the CLS-TEKEVER consortium (named REACT), will fly during the missions for more than 100km to reach the study area, a square of about 40 x 40km in front of Imperia, where it will cover a series of ‘transects’ (parallel routes designed to cover the area uniformly) at a speed of about 100km/h. The area, located in the heart of the Pelagos Sanctuary, will be monitored from the end of June 2022.