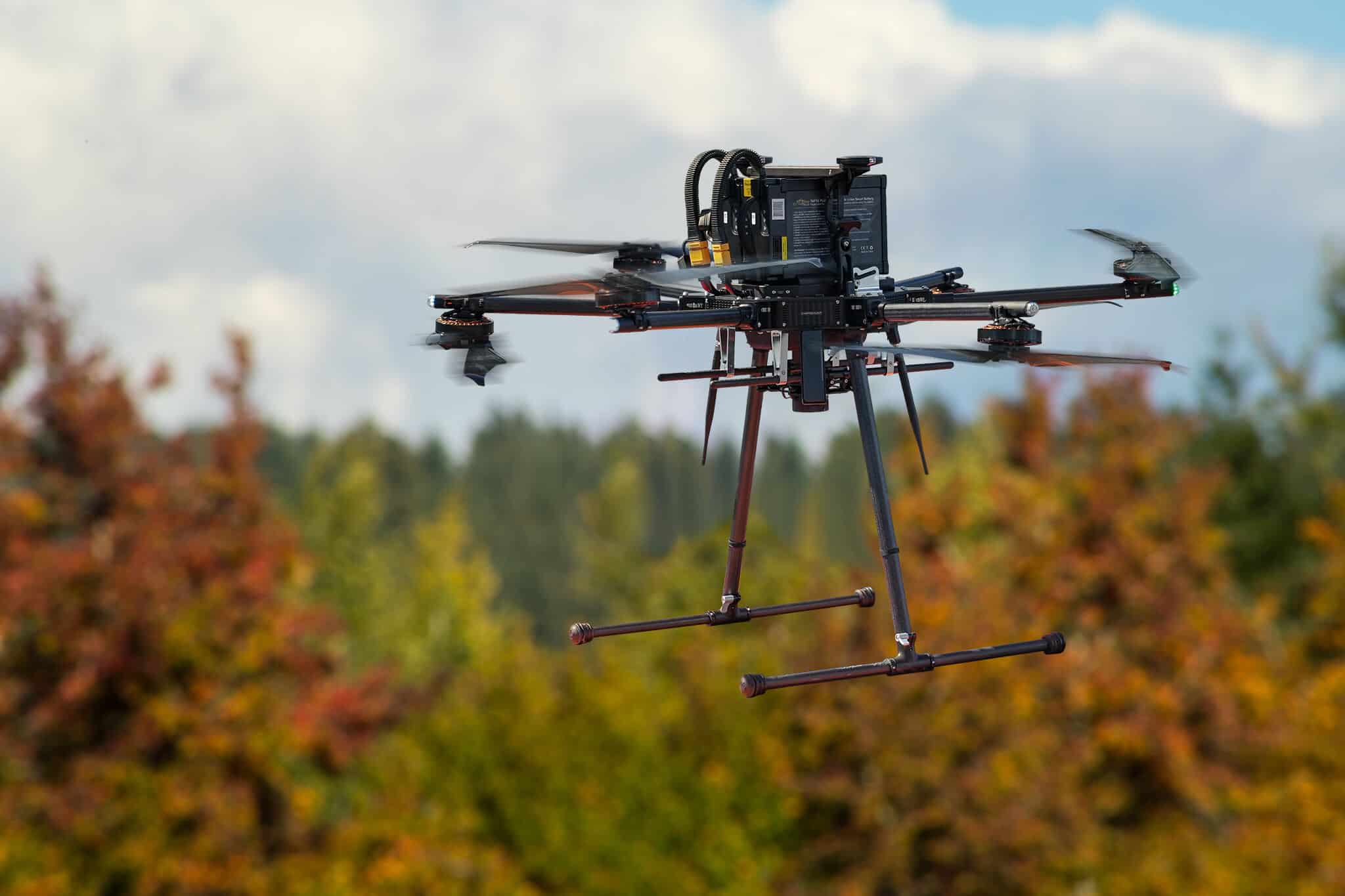 Inspired Flight has introduced a new and upgraded version of its professional heavy-lift IF1200 hexacopter UAV (unmanned aerial vehicle). The IF1200A improves on the original iteration of the platform with increased payload capacity and mission endurance, as well as enhanced stability and responsiveness.

The IF1200 was originally developed as a rugged workhorse platform for the United States Department of Defense, offering better carrying capacity and flight times than competing systems. The American-made unmanned aircraft is Blue UAS-approved, providing complete compliance with US government directives requiring domestically-sourced components.

The IF1200A improves on the payload capacity of the original model with an increase from 17.6 lbs to 20 lbs. With a 9 lb payload, the aircraft’s flight time has more than doubled from 18 minutes to a class-leading 40 minutes. Even at maximum capacity, the IF1200A is still capable of a mission endurance of up to 25 minutes.

Thanks to its open system architecture and a universal payload interface, the IF1200A can be seamlessly integrated with a wide variety of payloads and sensors, including optical cameras, EO/IR gimbals and LiDAR scanners. This unmatched versatility makes the platform ideal for a range of high-precision data capture applications, both military and civilian.