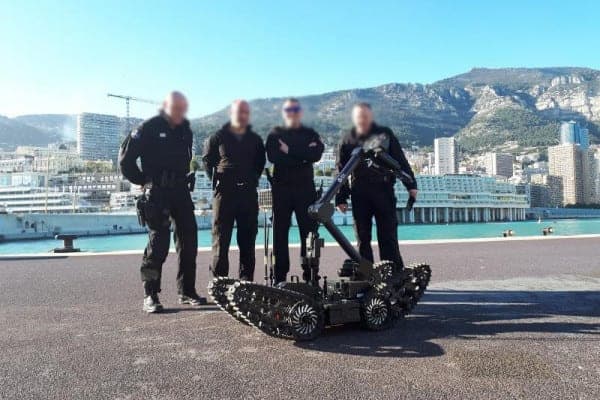 The IGUANA E is a compact robot developed on the same architecture as the other EOD robots in ECA Group’s product range (COBRA MK2 and CAMELEON) in order to carry out demining missions, counter-IED (Improvised Explosive Device) work and EOD (Neutralization, Removal and Destruction of Explosives). Thanks to its modular design, the IGUANA E can be equipped with different modules for both civilian and military applications, including performing ISR, EOD & CBRN missions.

Operational day and night, the IGUANA E can be used in different environments, whether in urban environments, in the countryside or indoors (airport, railway station, underground, tunnels, airplanes, buses, subways, etc.). In addition, the mobile base and its modules have been designed to be highly rugged, which allows the IGUANA E to be operated in all climate conditions (heat, cold, rain, snow, fog) as well on any type of terrain (earth, sand, grass, concrete, asphalt, mud, etc.).

IGUANA, like its predecessor, can be equipped with a portable X-ray system to determine the contents of packages or luggage. For explosive ordnance disposal missions, the robot destroys suspicious packages using disrupter water cannons.