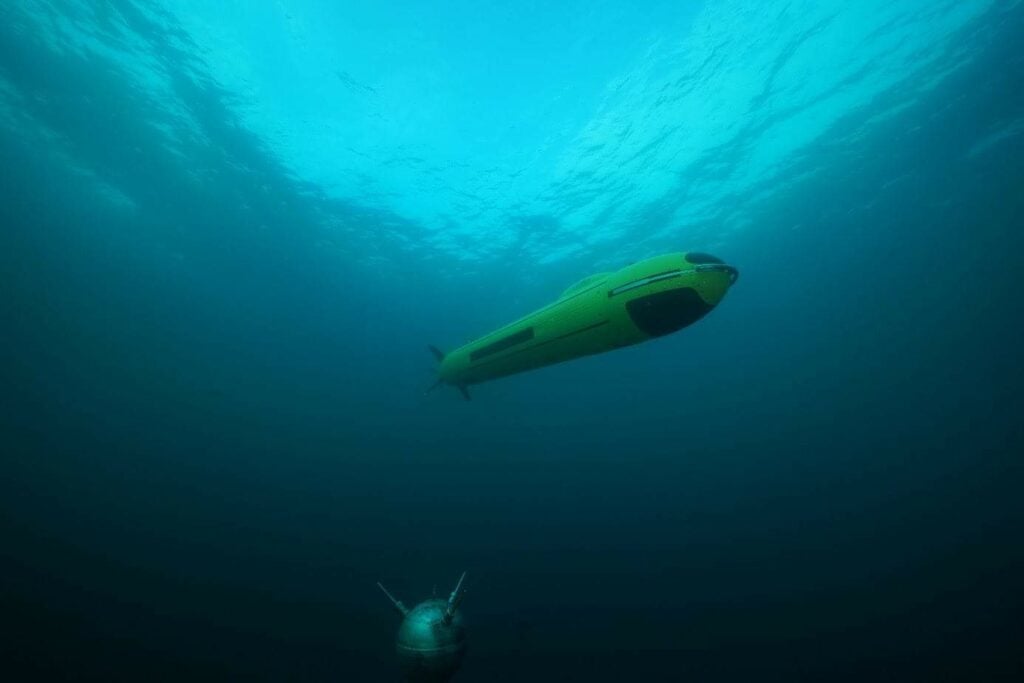 ECA Group has announced its latest mid-size AUV (autonomous underwater vehicle), the A18-M, dedicated to mine counter-measures. The vehicle has been developed by ECA Group for efficient mine detection and classification in all water depths up to 300m. Like the other ECA Group AUVs A9-M and A27-M, the AUV A18-M is specifically designed to operate in close vicinity of the smartest mines without triggering them.

More compact than previous generations of MCM AUV, the A18-M is easy to deploy even from small naval platforms such as unmanned surface vehicles (USVs). Due to its high stability, and the fact that it is less affected by waves than a surface ship or a towed system, a very high image quality can be obtained. In addition, the AUV A18-M can also adapt its operating depth to the environmental conditions, avoiding blind zones due to sound speed stratification.

Advanced embedded processing allows the vehicle to process the sonar image raw data in real time and extract a list of contacts which are relayed back to the command center using an advanced communication network, with an unmanned surface vessel (USV) or an unmanned aerial vehicle (UAV) acting as a gateway. These contacts are then reviewed by sonar operators onboard a mothership or onshore, in order to launch identification and disposal operations.

The AUV is also able to detect other hazards such as improvised explosive devices (IED) and pollutants, and can provide highly accurate maps of the seabed which allow the environment to be assessed with high fidelity.

The A18-M integrates Synthetic Aperture Sonar (SAS) and has a high area coverage rate, on the order of 2km2/hr, which represents between 5 and 10 times more than that of a conventional side-looking sonar on an AUV. This optimal configuration enables the vehicle to cover very large areas of 20-40km2 (depending on transit distance) in a fraction of the time of legacy assets, with far superior image quality, and with reduced risk to personnel.

“The performance gain is due to the very high resolution in both range and cross-range offered by a wideband SAS, of the order of 2.5cm x 3cm constant up to the edges of the swath, which is unachievable, at any practical range, by any other type of sonar on any type of platform. With the only possible exception of buried or concealed mines, all known mines can be detected and high quality classification cues can be extracted from the highlight and shadow structure,” said Dr. Marc Pinto, Program Director for Systems of Robots and sonar expert at ECA Group.

The A18-M can be integrated within a larger unmanned system, such as ECA Group’s UMIS (Unmanned Maritime Integrated System), and benefit from common interfaces, communication networks and data processing systems.

“The A18-M joins the ECA Group MCM robotic ‘team’ which is composed of the Unmanned Surface Vehicle (USV) INSPECTOR MK2, the identification ROV SEASCAN and the expendable mine disposal vehicle, the K-STER C. All of these robots can work together in order to accomplish tasks simultaneously or for INSPECTOR USV, to be used as a communication relay to send gathered a preprocessed information (ATD – automatic target detection) to a command and control system on a mothership or on shore to deploy the identification and disposal vehicle. This is the first comprehensive unmanned maritime system that includes all types of naval robots: USVs, AUVs, ROVs and EMDS,“ said Daniel Scourzic, UMIS (Umanned Maritime Integrated Systems) Marketing Manager at ECA Group.