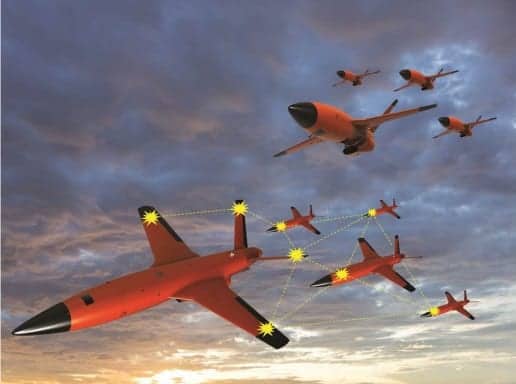 Micro Systems, a subsidiary of Kratos Defense and Security Solutions, has announced that it has developed a swarming technology called WOLF-PAK, which utilizes the collective behavior of multiple autonomous vehicles independently following the same leader vehicle. Each vehicle in the swarm can recognize and locate each other vehicle to offer a true swarming configuration. All vehicles stay within a pre-defined distance of each other as the swarm constantly adjusts and reconfigures itself without relying on a centralized control system. This capability is a platform enabler for distributed airborne tactics that can be adapted to a variety of different aerial platforms and mission objectives.

Watch a video demonstration of WOLF-PAK below: