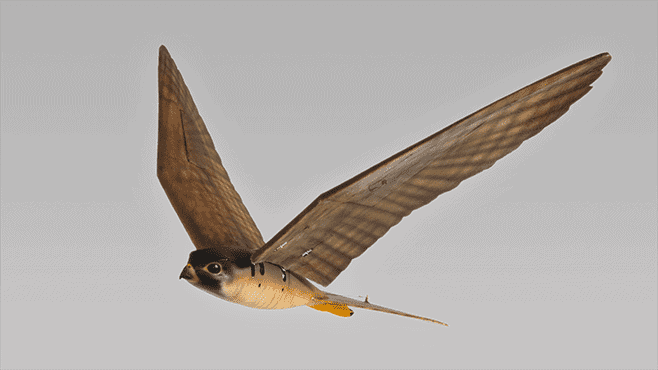 Clear Flight Solutions (CFS) and AERIUM Analytics have announced that the two companies will be focusing on safely integrating unmanned aerial system (UAS) technology at Edmonton International Airport (EIA), making it the first ever airport in the world to integrate a full suite of UAS services into their daily operations. The primary focus will be on enhancing EIA’s Wildlife Management Plan while supporting continued growth of the Edmonton Metro Region’s aerotropolis.

The Wildlife Management Plan will integrate CFS’s Robird technology to guide birds safely away from air traffic, while discouraging nesting near airside operations and glide paths. The Robird has been proven around the globe to be an effective, ecologically-friendly method of bird control. The high-tech Robird mimics the flight of an actual falcon in realistic fashion, making its flight behavior so indistinguishable from its natural counterpart that other birds believe that their natural enemy is present in the area.

“This is truly a historic moment for our company but especially for the entire aviation industry,” said Nico Nijenhuis, CEO of Clear Flight Solutions. “We currently operate our Robirds in a variety of places, but taking the step towards full integration within daily operations at an airport is huge. For years, there has been a lot of interest from airports. To now officially start integrating our operations at a major Canadian airport is absolutely fantastic.”

As part of the integrated suite of services, CFS AERIUM will be providing UAS mapping and inspections services to support EIA’s maintenance programs and future economic development efforts. These operations will continue from the flight missions that have been diligently conducted prior to this release. The missions were completed to satisfy Safety and Hazard Identification Risk Assessments requirements in addition to demonstrating competency. UAS missions have been conducted under tight supervision within 400m of active runways. CFS AERIUM will continue working towards full integration into airside operations in a professional, safe, and effective manner.

“The Robird was the missing link in our integrated service model,” said Jordan Cicoria of AERIUM. “Our relationship with Clear Flight Solutions has created an opportunity to have a positive ecologically-friendly impact on local industries at and surrounding the airport. In a world so focused on innovation Edmonton International Airport is an industry front runner and we are proud to have a partnership with Clear Flight Solutions that allows us to actually translate innovation into value,” said Tim Bibby of AERIUM.

Edmonton International Airport is Canada’s fifth-busiest airport by passenger traffic and the largest major Canadian airport by land area. It is a self-funded, not-for-profit corporation whose mandate is to drive economic prosperity for the Edmonton Metro Region. “EIA is excited to trial this new technology. We will ensure that all of the airports regulatory requirements are met as part of our Safety Management System, including risk assessments etc. to ensure that the testing is completed in a safe manner,” said Steve Rumley, VP of Infrastructure at EIA.