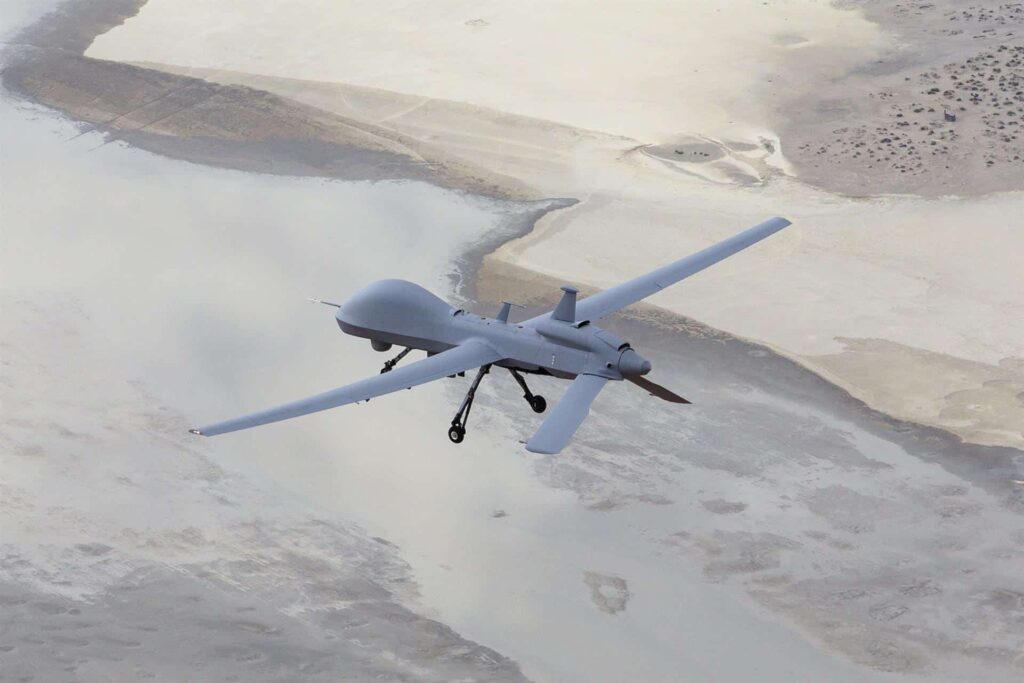 “The flight of our capital MQ-1C Gray Eagle ER UAS [Unmanned Aircraft System] is a significant milestone in the continued evolution of the MQ-1C program with our U.S. Army customer,” said David R. Alexander, president, Aircraft Systems, GA-ASI. “This marks the next step in delivering the aircraft’s increased endurance and payload capability to the warfighter.”

MQ-1C Gray Eagle ER, developed by GA-ASI on Internal Research and Development (IRAD) specifically to increase endurance and payload capacity, is a next-generation derivative of the combat-proven Gray Eagle UAS, which has accumulated over 300,000 flight hours since 2008. MQ-1C ER is expected to complete flight testing in June 2017, at which point it will begin a series of Army test events culminating in the program’s second Follow-on Operational Test and Evaluation in late 2017. The first four aircraft are expected to be delivered in Q2 and Q3 2017, with an additional 15 over the course of 2018.

MQ-1C ER delivers an advanced Medium-altitude Long-endurance (MALE) capability for the Army, adding increased payload capacity, greater range and endurance, and improved maintainability. The aircraft is engineered with a Maximum Gross Takeoff Weight (MGTOW) of 4,200 pounds compared with Gray Eagle’s MGTOW of 3,600 pounds. The incorporation of MQ-1C ER’s straight belly design allows for more than 910 pounds of internal fuel and a centerline hard point that can accommodate an optional fuel pod with an additional 450 pounds. With endurance at more than 40 hours, the aircraft will exceed the Army’s requirement for 14 hours on station at 1,000 kilometers for all mission types.