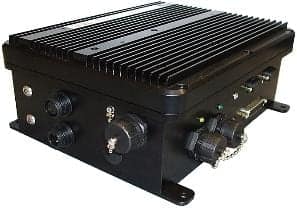 The end of the year performance reports are coming in, and APlus Mobile, Inc. has been recognized once again for delivering high reliability, quality products for harsh environments by the military. Of the numerous reports received by APlus Mobile, both Space and Naval Warfare Command (SPAWAR) and Pacific Star Communications (PacStar) serve as a benchmark to summarize the overall quality standards achieved.

As a result of a Cooperative Research and Development Agreement (CRADA), David Hooper of SPAWAR reported that “the rugged PC (B20) performed well overall for the UGV (unmanned ground vehicle) application and the processing power of a unit that could also withstand the temperature requirements is very impressive.”

The B20 unit was evaluated during a series of tests over a period of three years, the latest of which occurred in Thailand in February of 2012 at the multi-national military exercise Cobra Gold. Along with other units, the B20’s capability was rated a high priority to fill the Joint Coalition Capability Gap and of particular importance in relation to the IED problem, as well a global requirement to support the war on terrorism.

At PacStar’s request to use the unit in a helicopter, additional testing was done on APlus Mobile’s Model 1400 unit, evaluating the performance with respect to the operating parameters of MIL-STD-810. Once again, the APlus Mobile product achieved lab certification for the vibration requirements of Method 514 including that for Rotary Wing Aircraft and Mobile Ground Vehicles without modification.

Tim Faucett, founder and VP of Product Development of APlus Mobile, reacted to the overall results by saying, “I am pleased with the results that were achieved by my company and I am secure in the knowledge that when our systems are deployed in these harsh environments, our technology and workforce dedication continues to provide products that meet or exceed the expectations of our military.”