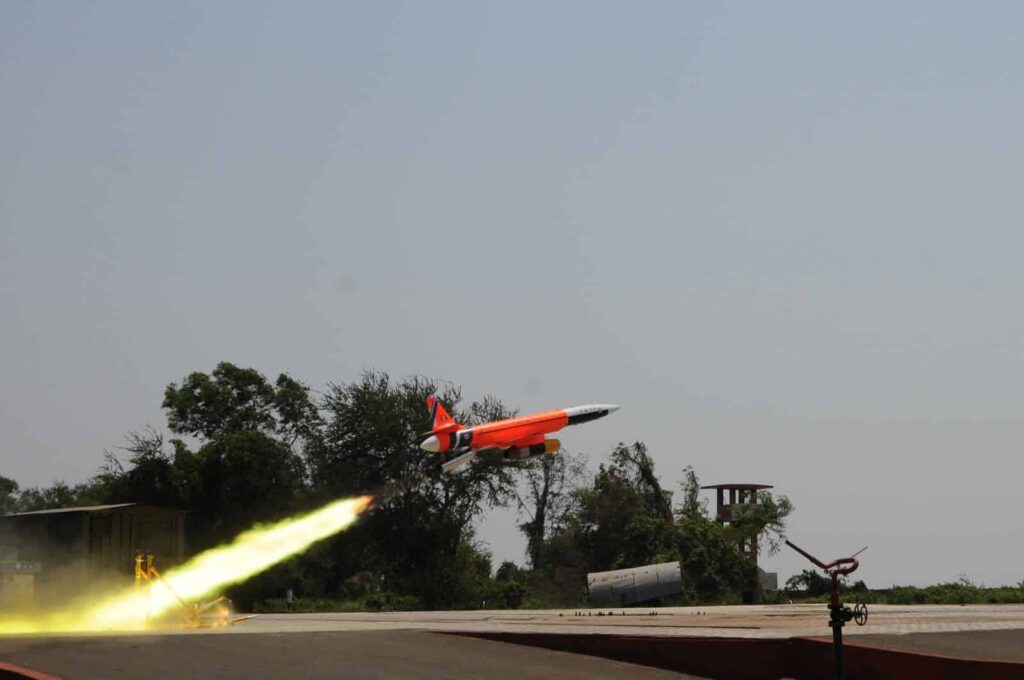 Lakshya-1, fitted with an advanced digitally controlled engine, was test flown from the launch complex-2 of the ITR successfully, defence sources said.

The test was carried out to check the validity of its engine and duration enhancement, adding that usually the flight duration of the six-foot-long aircraft is 30 to 35 minutes.

Lakshya-1, a sub-sonic, re-usable aerial target system, is remote controlled from the ground and designed to impart training to both air borne and air defence pilots.

It is launched by a solid propellant rocket motor, and sustained by a turbojet engine in flight.

The PTA has been developed by India’s aeronautic development establishment, Bangalore to perform discreet aerial reconnaissance of battle field and target acquisition.

Lakshya has been inducted into the Indian Air Force since 2000.