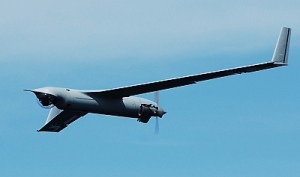 War has always been an incubator for innovation. This is no less true of the current fights in Iraq and Afghanistan. One of the most important innovations to come out of the past decade of conflict, really a military revolution, was in unmanned tactical Intelligence, Surveillance and Reconnaissance (ISR). When the current wars began, the military was limited to a relatively small number of early model Predator medium altitude UAVs and the first high altitude, long endurance Global Hawks. Today there are literally thousands of tactical UAV platforms performing ISR tasks. They range from the relatively simple tethered aerostats providing continuous surveillance around fixed bases to AeroVironment’s family of hand-launched vehicles through the Fire Scout, Shadow, Grey Eagle and Reaper systems. The Army is also about to test the Long Endurance, Multi-Intelligence Vehicle (LEMV), a hybrid airship that can stay aloft for days and carry extremely large sensor payloads.

One of the more amazing UAVs to be deployed in Iraq and Afghanistan is the Scan Eagle, from Insitu. This is a low-altitude UAV launched from a simple rail and recovered via a telescoping pole with a rope. The Scan Eagle is so small and quiet it can move in close to a target without being detected. At the same time, its advanced electro-optical sensors mounted in a stabilized turret allow an operator to track a target with unmatched precision. Insitu also pioneered in the area of surveillance as a service. For years the company was under contract to the Marine Corps to provide surveillance by the hour in Iraq.

Insitu’s latest creation is the Integrator, the Navy-Marine Corps’ small tactical unmanned aircraft system (STUAS). Based on lessons learned from the Scan Eagle program, the Integrator has greater range, time in the air and can carry a heavier payload in a modular, reconfigurable bay. The Integrator can not only carry electro-optical cameras like the Scan Eagle, but infra-red sensors and even a small radar. Insitu has developed an innovative capture system that will allow the Integrator to be deployed on Navy ships too. The Marine Corps is so happy with the Integrator that it intends to acquire no fewer than 100 of them.

One of the reasons the explosion in airborne ISR happened so readily was the relatively benign air environment in both Iraq and Afghanistan. This won’t always be the case. The next challenge for the defense industry is to develop a similar ISR capability for contested air environments. The Air Force’s program to design a Long-Range Strike Family of Systems is supposed to include unmanned systems able to operate in an intense air defense environment. Unmanned ISR may also have to play a bigger role in future air-to-air warfare as well.