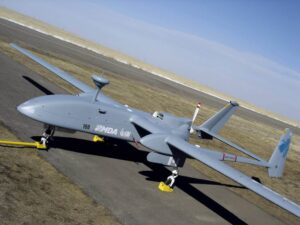 The PKK’s recent attack in Dağlıca has indicated a critical lack of personnel to keep Unmanned Aerial Vehicles (UAV) on duty.

Speaking to the Hurriyet Daily News on condition of anonymity, a defense source stated that Turkey currently had 10 Medium Altitude Long Endurance (MALE) class Heron UAVs, bought from Israel. “Eight out of ten UAVs are being used actively in the region. A maximum of three and usually two of them may fly in a routine mission,” the source explained, adding that they were at the limit of operating UAVs “as the personnel are already exhausted with routine missions.”

The source stated that UAVs fly at night, as terrorists are only found on the mountains at night. “No one is in action during the day on the mountains … Planes have the ability to fly for long time, but this does not mean they fly day and night. It means they can continue to fly if they catch important information.”

Responding to claims that Herons are not functioning properly, the source said that UAVs had a capacity of observing only one specific targeted area. “Being in the sky does not mean seeing everything. One UAV can only survey the targeted area. You need more Herons in the air to gather more intelligence” he explained, adding that more Herons could be in the sky if there were more personnel.”

However, the Daily News learned that delays in the delivery of Herons in the past caused their loss of ability. Herons were supposed to be delivered by 2007, so technicians and pilots were trained at that time, but they were kept waiting for the delivery of the planes. The UAVs were delayed for over 4 years.

“Pilots and technicians forgot their training and in the meantime they had all been appointed to different posts. Israel again gave training to new officers, and they charged Turkey for it,” a source explained, adding that current Turkish pilots were now well-trained and experienced enough to pass their knowledge on to new pilots.