The first domestically-developed strike unmanned aerial vehicle (UAV) will be put in service with the Russian Armed Forces by the end of 2014.

In early April, Russia’s Defense Ministry issued a technical specification for the development of the drone. The new aircraft is expected to have a modular structure and be able to carry various types of equipment and armament.

“St. Petersburg-based Tranzas company has been ordered to start flight tests of the strike drone in the beginning of 2014 in order to put it in service by the end of the same year,” the source told RIA Novosti at the engineering technology forum in Zhukovsky.

The source did not reveal the details of the weapons load as they are classified, but said the drone will weigh about a ton. 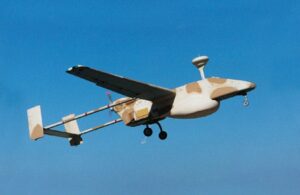 President Vladimir Putin said on June 14 that Russia must develop a range of military UAVs, including strike and reconnaissance types as soon as possible.

Russia plans to spend around 400 billion rubles ($13 billion) on UAV development in the next eight years.