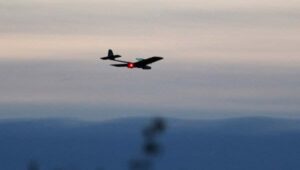 “We are negotiating with Israel. Our aim is to persuade them to start technological cooperation and to develop a product that will be used in both countries, and could also be sold to third countries,” Rogozin said in an interview with the Rossia-24 TV channel.

“Russia will no longer buy ready-made weapon systems in the West but is only interested in new technology”, said Rogozin, who is responsible for Russia’s military-industrial complex.

“Technology should be attracted by localizing production on Russian territory,” Rogozin noted.

In mid-May a source in the Russian defense industry said Moscow may buy a large new consignment of unmanned aerial vehicles from Israel and 24 command and control systems worth around $50 million in the foreseeable future.

“The Defense Ministry is considering the possibility of purchasing from the Israeli company Aeronautics Defense Systems of three types of UAV control systems (eight each): Orbiter 2, Aerostar and Skystar,” the source said.

Given that each such system can service two to three UAVs, “between 48 and 72 Israeli UAVs may be bought,” he said, adding that the consensus within the Russian defense department seems to be that these systems are essential until the domestic industry develops and starts large scale manufacturing of similar systems at home.